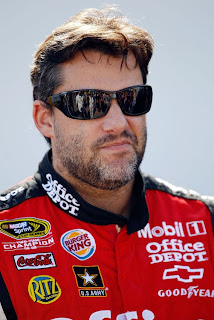 
The first surgery, performed in the early morning hours Tuesday in Iowa, served as a preliminary procedure to stabilize and clean the Grade 2 injury. The second surgery, by a specialist in North Carolina, involved inserting a metal rod inside the tibia, returning it to its correct anatomic position.
Stewart will remain hospitalized for observation. A discharge date has not been determined.
The injury will sideline Stewart indefinitely from driving his No. 14 Bass Pro Shops/Mobil 1 Chevrolet for Stewart-Haas Racing, the NASCAR Sprint Cup Series team he co-owns with Haas Automation founder Gene Haas.
Veteran racer Max Papis is serving as the interim driver for Stewart’s No. 14 Chevrolet during the NASCAR Sprint Cup Series event Aug. 9-11 at Watkins Glen (N.Y.) International. An interim driver has not been determined for the following race Aug. 18 at Michigan International Speedway in Brooklyn, or for any future races.
Stewart was leading the 30-lap American Sprint Car Series feature at Southern Iowa Speedway when a lapped car spun in front of him. Stewart hit the lapped car and flipped.
Posted by Dave Moody at 5:36 PM