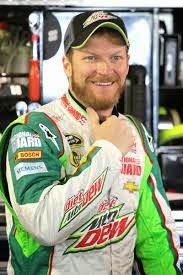 With the fourth race of the 2014 Chase for the NASCAR Sprint Cup ready to roll this weekend, one of the sport’s main title contenders said he is happy to get a fresh start at Kansas Speedway.


Dale Earnhardt, Jr., stormed into NASCAR’s postseason with a trio of wins – the most since his six-win 2004 campaign -- and plenty of championship momentum. He and crew chief Steve Letarte stumbled out of the gate, however, finishing 11th in the Chase opener at Chicagoland Speedway, before posting an ninth-place showing in New Hampshire and a 17th last weekend at Dover. While those performances were enough to advance into the Contender’s Round, Earnhardt said today he is happy to reset the points this weekend.
“We didn’t do too well these first three (races), so the reset button is in favor of our team,” he said. “We feel like we are not realizing our potential and I think it is obvious we are not realizing our potential. This gives us an opportunity to get back into the championship battle. Had they not structured it, I don’t know that we would be feeling too confident about our chances at this point. But now, it’s all back to zero.
“We can get regrouped and get confident again. If we come out of here with a great finish, we are back in it.”
One week away from his 40th birthday, NASCAR’s perennial Most Popular Driver said he is pleased with the career he has been able to forge.
“I have definitely accomplished more than I thought I would when I was younger,” he said. “I just wanted to make it. And being the son of a guy that was so successful, the more success he had, it seemed like the harder it would be for me to make it.  I’m real happy with what I’ve been able to accomplish, who I have been able to work with and the friends I’ve been able to make. That is probably the best thing; the relationships that you create. Being a part of this sport, there are so many great people in it. It’s fun getting to know all the people that helped get this (sport) going and move it from race to race.
“The accomplishments -- as far as just the statistics – (have) definitely exceeded my expectations. We are still winning races and running good, so maybe we can get a few more wins and have some more fun before it’s over.
“Having this birthday come up definitely makes you reflect quite a bit. Not so much (on) the decisions or any regrets you have, just the fun stuff you have done and (wondering) `Is the next 40 years going to be just as good,’ because the first 40 were pretty great.”
Posted by Dave Moody at 1:54 PM