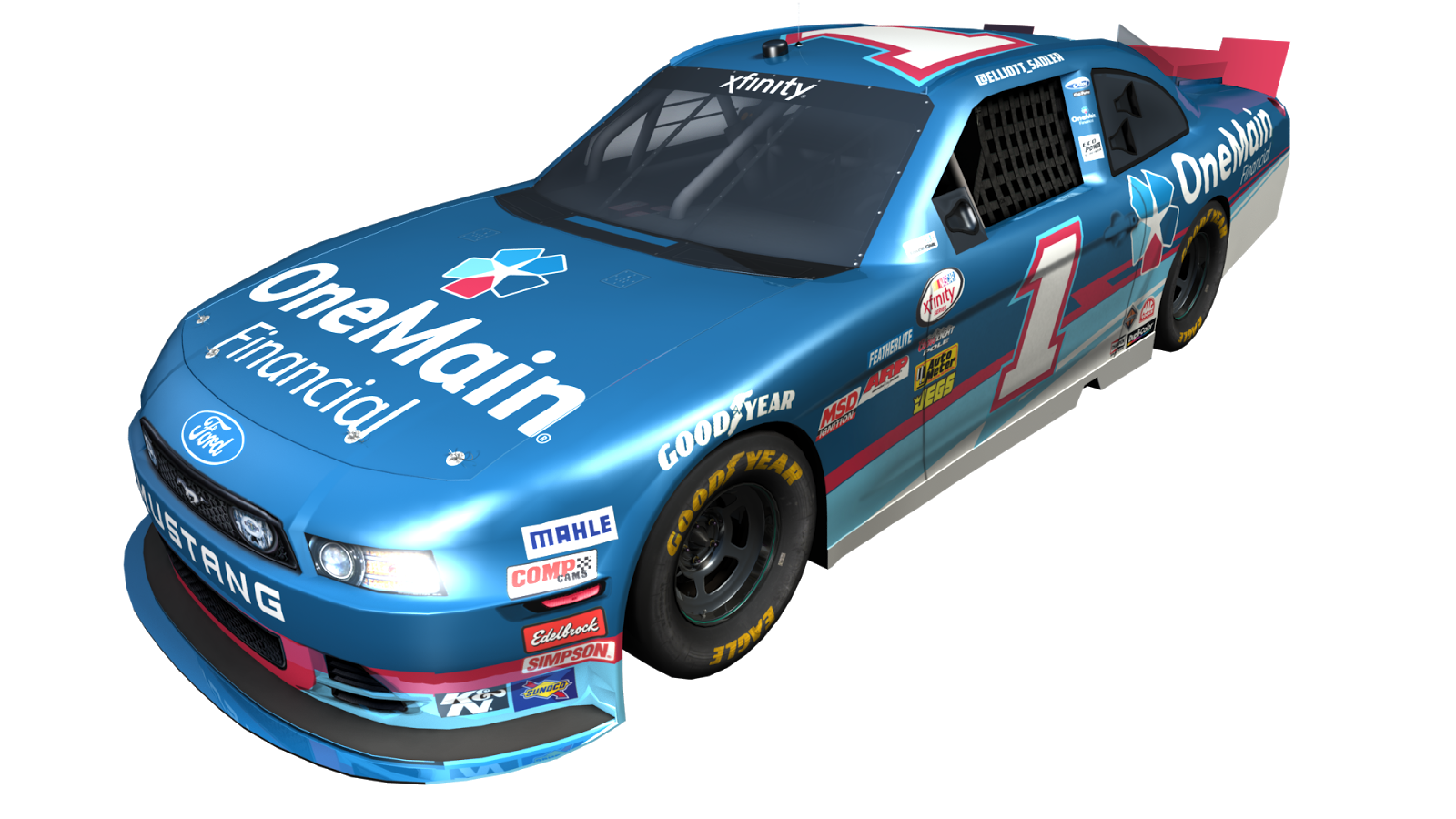 
“We are thrilled to continue our partnership with Elliott Sadler in the NASCAR Xfinity Series,” said Mary McDowell, President and CEO of OneMain Financial. “Both on and off the track, the OneMain Racing program helps us build connections with our customers, employees and communities.  The teamwork displayed by our race team mirrors the commitment our employees have to each other and to building personal loan solutions for each customer’s unique needs. We are especially excited to field the Roush Fenway ‘OneMain Financial 1’ Ford to represent our brand this year!”
The 2015 season will mark OneMain Financial’s 12th season in NASCAR, and the company’s return to a full-season sponsorship.
Sadler, a NASCAR veteran, will continue his relationship with OneMain Financial as he competes for a championship in the 2015 season. Sadler has 260 Nationwide Series starts to his credit, earning 10 wins, 16 pole awards, 61 top-five and 128 top-10 finishes. During the previous three full seasons, Sadler finished fourth in 2013, and second in 2012 and 2011. He was also voted the 2011 Nationwide Series Most Popular Driver. In 2010, Sadler became the 21st driver to win a race in each of NASCAR’s national series.
“It is an honor to remain with OneMain Financial next year,” said Sadler. “Their commitment to teamwork and excellence carries throughout the organization and extends to the racing program. I’m thrilled for the opportunity to race under the OneMain Financial banner and team up with Roush Fenway Racing to compete for the NASCAR Xfinity Series championship in 2015.”
“It’s great to have OneMain Financial back on board,” said Roush Fenway president Steve Newmark. “They are a first-class organization from top to bottom, a leader in their field and one of the most respected organizations in their industry. We enjoyed a great partnership in the past, and we look forward to reigniting that relationship moving forward next season.
“We are also very excited about what Elliott Sadler brings to our driver lineup,” added Newmark. “He is a seasoned veteran and a winner on the track.  He brings a reputation as a fierce competitor and I know that our entire organization, and particularly his Roush Fenway teammates in the NASCAR Xfinity Series, Chris Buescher and Ryan Reed, will benefit from his experience next season.”
Posted by Dave Moody at 10:35 AM