Newman Not Apologizing For Prospect Of Winless Championship Season 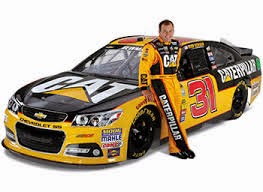 With both Ryan Newman and former series champion Matt Kenseth advancing deep into the 2014 Chase for the NASCAR Sprint Cup without the benefit of a win, there is plenty of conversation about the possibility of having a winless champion at season’s end. Since NASCAR was founded in 1949, no premier-series champion has even failed to win a race, but Newman said today that the prospect of a winless champion is becoming more likely with every passing race.


“Mathematically, the potential is there,” he said. “As long as you have four seeds (advancing to the next round) and three winners, there’s that potential. We know that -- at the max -- there will be two (point drivers) going into this last round.”
He also said he would feel no need to apologize for becoming NASCAR’s first winless Sprint Cup Series champion.
“A championship is a championship,” he said, “and the trophy doesn’t have the number of wins underneath it. If we win the championship, that would be great in any form or fashion. We’re here to win races as well, and there would be nothing better than to win the next three, (but) there’s no guarantee in any of that.”
While other drivers have won more races, led more laps and put up flashier statistics this seasons, Newman said consistency continues to pay dividends for him and his Caterpillar Chevrolet team. 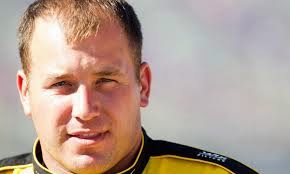 “This points system is a little bit different,” said Newman, who has led just 41 laps all year. “Our consistency has been our strength, and our consistency has not been in the Top-3 (finishes). Our consistency has been fifth to 11th more often than not, and it’s been very difficult for us to lead laps. Our last laps led were at Talladega.
“It’s my standard answer, but it is what it is. We’re riding the wave that’s presented to us, and we’re having fun with it.”
Asked how he deals with the pressure of the 10-week Chase, Newman joked, “I medicate myself.
“I’m having fun with these guys (and) it’s been a lot of fun,” he added. “There’s intensity out there, but that’s different than pressure to me. I’ve always said that pressure is what explodes things. There’s no reason to put unneeded or unwanted pressure on anything you want to perform well.”
The Richard Childress Racing veteran said he prides himself on giving a high degree of effort every week, without the peaks and valleys in performance suffered by other drivers.
“I’ve always tried (to) give the same effort at each and every race. We’ve done that the last few weeks, (on) pit road, (with) myself, the crew guys with the racecars and strategy-wise. Everybody is stepping it up a little bit. We’ve improved the second time we’ve come to these racetracks, which is a big deal for us as a new team to show improvement.
“I know it’s important to finish,” said Newman. “I’d rather finish seventh than 27th without risking too much. At the end, you don’t have to win a race to win the championship. Mathematically, you can finish 39th or 40th at Homestead. That’s not something anyone wants to see, but that’s the math of it. It’s not likely to happen, but I just go out there and do the best job I possibly can.
“That’s made me a consistent driver this year.”
If he can make the cut to the championship race at Homestead Miami Speedway in two weeks, Newman said he is capable of emerging with the championship trophy in hand.
“I feel like we are, without a doubt. It takes us continuing to perform. We’ve gotten stronger as the year has gone on. The last two races were nice; to have back-to-back Top-5 (finishes) is something that is much needed at this time of the year. “We wouldn’t be here if we weren’t a contender for the championship, but like I said before, there are no guarantees (of) anything. There are no guarantees that we won’t wad it up on the first lap here and (not) make it to Homestead.”
Posted by Dave Moody at 5:18 PM