NASCAR has fined Kyle Busch $50,000 and placed him on NASCAR probation until Dec. 31 for his actions during the Nov. 4 NASCAR Camping World Truck Series race at Texas Motor Speedway. 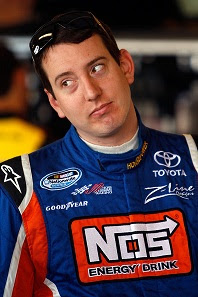 In issuing Monday’s penalty, NASCAR went on to say that “if during the remaining NASCAR events in 2011 there is another action by the competitor that is deemed by NASCAR officials as detrimental to stock car racing or to NASCAR, or is disruptive to the orderly conduct of an event, the competitor will be suspended indefinitely from NASCAR.”
Posted by Dave Moody at 2:54 PM