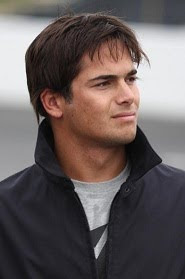 Nelson Piquet Jr. has signed to drive for Turner Motorsports on the 2012 NASCAR Camping World Truck Series, with a limited schedule of events on the NASCAR Nationwide Series. Piquet will make his debut with the team in tomorrow night's Nationwide season finale at Homestead-Miami Speedway in the No. 30 Chevrolet Impala.

Piquet Jr. is the son of three-time Formula One World Champion, Nelson Piquet, and began racing karts at age eight in his native Brazil. Making his way through the open-wheel racing ranks in South America and Europe, he made his Formula One debut in 2008 before making the transition to NASCAR in 2010. Currently engaged in a fierce battle for the 2011 NCWTS Rookie of the Year honors, Piquet Jr. has recorded four top-five and 12 top-10 finishes in 24 starts this season.

"I am excited to have the opportunity to come to Turner Motorsports in 2012. They are one of the top organizations in our sport and are proven winners. I know we will be in the hunt for the Camping World Truck Series championship and I will gain invaluable experience behind the wheel of the Nationwide Series car. I want to thank Steve Turner and everyone at Turner Motorsports and I know 2012 will bring great things for me and my new team," said Piquet Jr.

By adding another young driver to his roster, team owner Steve Turner, reaffirms his commitment to helping drivers establish their careers with his organization.

"Turner Motorsports prides itself on cultivating young talent. One of our main objectives is to give drivers a platform to showcase their abilities to help propel them to NASCAR's highest level. Nelson brings a significant amount of experience and depth to our driver line up. He also brings a strong international fan base to our program. I am confident he will compete for both race wins and the 2012 NASCAR Camping World Truck Series championship."
Posted by Dave Moody at 4:27 PM