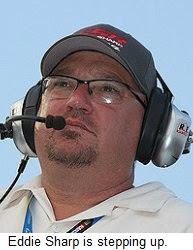 “Having a successful company like Rheem express so much faith in us speaks volumes about the investment we’ve made in this race team, and the direction we’re trying to take the company,” said Sharp today. “We’ve built a tremendous relationship with Justin Lofton and CollegeComplete.com this season, and we look forward to accomplishing great things with Cale Gale and Rheem in 2012.” 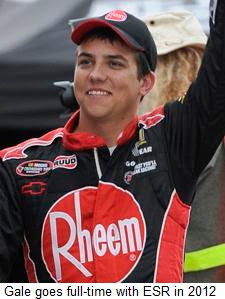 Sharp said there will be another addition to the team announced soon. “We will run a third truck next season,” he said. “Three trucks are an absolute necessity to make this business model work, and also part of the commitment I have made to RCR. We are in heavy negotiations with several major players right now, and we hope to have the third deal done by Thanksgiving, at the latest.”

ESR and Gale will operate as part of Rheem’s newly announced, multi-faceted NASCAR sponsorship program; which includes a multi-year agreement with RCR to serve as primary sponsor of Kevin Harvick’s #29 Sprint Cup Series Chevrolet in 10 races next season. Rheem will co-sponsor the car – along with Budweiser – in the annual NASCAR Sprint All Star Race, while serving as associate sponsor for the remainder of the Sprint cup Series schedule. They will also back RCR's #33 Nationwide Series Chevrolet in 12 races next season, with Paul Menard, Jeff Burton, Kevin Harvick and others expected to share time at the wheel.
Posted by Dave Moody at 11:56 AM