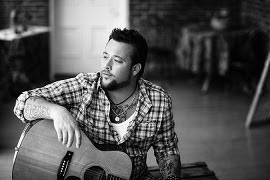 The Detroit-based singer/songwriter will perform Sunday afternoon prior to the start of the NASCAR Sprint Cup Series “Ford 400.” He has enjoyed multi-platinum success with chart topping hits including “Smile”, “Drift Away,” and “Follow Me,” and released a brand new single, "My Hometown" on November 1st.

“What a way to start our NASCAR party,” said Homestead-Miami Speedway President Matthew Becherer. “With the tightest points race in the history of the Chase for the NASCAR Sprint Cup™ coming down to Sunday’s “Ford 400” here in Miami, we’re going to kick it all off with a performance that should be fun for everybody.”

"My Hometown" was produced by Keith Stegall — known for his work with such country superstars as the Zac Brown Band, Alan Jackson, and George Jones — and marks the first release from Uncle Kracker's new album, currently slated for release in 2012.

“NASCAR has always been a favorite for me,” said Uncle Kracker. “I am thrilled to be a part of the last NASCAR-race weekend of the year.” He has spent most of 2011 on the road with country superstar Kenny Chesney, hitting stadiums and arenas in nearly every major U.S. market. He has also performed at his own headline shows and benefit concerts supporting The Uncle Kracker Music Education Foundation.
Posted by Dave Moody at 11:17 AM