Sirius XM Radio, the Official Satellite Radio Partner of INDYCAR, the sanctioning body for the IZOD IndyCar Series and Firestone Indy Lights, announced today that it will offer comprehensive coverage of the world renowned Indianapolis 500. 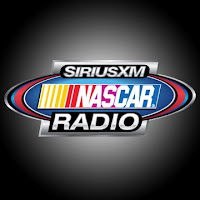 SiriusXM listeners will have access to the live call of “The Greatest Spectacle in Racing” from Indianapolis Motor Speedway on Sunday, May 27, on channel 94 on XM and channel 212 on Sirius Premier (formerly known as “The Best of XM”).


SiriusXM’s raceday coverage begins at 9:00 am ET. When the green flag drops at 12:00 pm ET, SiriusXM will air the race live in its entirety, followed by a post-race recap and interviews.


SiriusXM’s motor racing coverage on Sunday, May 27, will showcase three marquee races. That morning the renowned Formula One™ Grand Prix of Monaco will air at 8:00 am ET (Sirius channel 94 and XM channel 208). After the running of the Indianapolis 500, listeners can hear the Coca-Cola 600 NASCAR Sprint Cup Series race live from Charlotte Motor Speedway at 5:00 pm ET on SiriusXM NASCAR Radio (channel 90 on Sirius and XM Premier).
For more information, please visit www.siriusxm.com.
Posted by Dave Moody at 2:08 PM