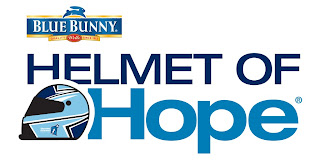 Thanks to a nomination from Motor Racing Network broadcaster Woody Cain, a North Carolina charity will receive a $10,000 grant from the Jimmie Johnson Foundation as part of the five-time champion’s 2012 “Blue Bunny Helmet of Hope” campaign.

It was Cain who placed into nomination the Cabarrus Victims Assistance Network (CVAN). Based in North Carolina’s Cabarrus County, CVAN provides safety, shelter and support for battered women and their children.


“CVAN was created as the place and the voice for battered women and their children,” Cain wrote in his nomination. “It’s a difficult decision to leave home and live in a shelter. There’s a lot of work to do both emotionally and practically. CVAN’s counseling, children’s programs and transitional house are all components to help meet those goals.”


Johnson launched his Helmet of Hope program in 2008. It allows fans and media members across the country to nominate their favorite charity. To date, Johnson and his wife Chandra have raised more than $300,000 for 49 different causes across the United States.


In addition to the grant, recipients receive a Blue Bunny Ice Cream party and recognition on a specially designed helmet – which this year will be worn by Johnson during the June 24 NASCAR Sprint Cup Series road race in Sonoma, Calif.


CVAN is one of 13 organizations that will be highlighted by Johnson’s No. 48 Hendrick Motorsports team at Infineon Raceway. The list includes the Alzheimer’s Association in honor of Dan Wheldon, the Boys & Girls Club of Central Sonoma County and the Children’s Hospital at Vanderbilt University.


For more information on the Jimmie Johnson Foundation, visit www.JimmieJohnsonFoundation.org.


Cain is the host of MRN’s “NASCAR Today,” contributes to the network’s race broadcasts as a pit/garage reporter and – with Kyle Rickey – is co-anchor of the online program “Motorsports Monday,” which is available exclusively at MotorRacingNetwork.com each week at 12 p.m. (EDT).
Posted by Dave Moody at 2:27 PM