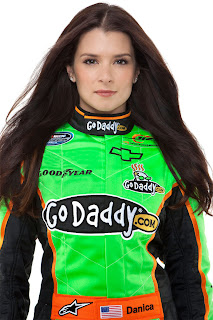 Danica Patrick said this weekend that she has likely not run her final Indianapolis 500.
Firmly entrenched in her new career as a NASCAR stock car racer, the former Indy Car star admitted he has thought about attempting the much-discussed Indy/Charlotte double; running both Indy and the NASCAR Sprint Cup Series Coca-Cola 600 at Charlotte Motor Speedway.
“(It’s) not a mystery that if I did the Indy 500, that's what it would be," said Patrick, adding that she could attempt the Memorial Day weekend double as soon as next season. "As long as everything works out and we're able to transition to Cup, it would be awesome. It would be a hell of a lot of work, but I'm sure it would be pretty fun.
"Indy is special to me," said Patrick, adding that while she misses open wheel racing and is anxious to compete in an Indy Car again, she will not do so at the expense of her NASCAR effort. "If I were to attempt it, I wouldn't want to do anything that would tarnish all my great memories and the successes that I've had there by going out in an attempt that wouldn't be comfortable for me.”
Patrick could contest the full NASCAR Sprint Cup Series schedule with Stewart Haas Racing next season, or return for another Nationwide Series campaign with JR Motorsports. She is running a 10-race Cup slate with SHR this year.
Posted by Dave Moody at 8:42 PM