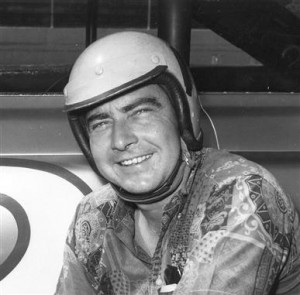 Glenn Roberts, who got his legendary nickname from his days as a hard-throwing pitcher in high school, is perhaps the greatest driver never to win a NASCAR title.


He was arguably stock car racing’s first superstar, an immensely popular prototype for some of today’s competitors who are stars on and off the track.


Of course, Roberts’ fame was based on what he did when he got behind the wheel. During his career he often came up big in the biggest events, winning the Daytona 500 in 1962 and the Southern 500 in 1958 and ’63. Overall, he won seven races at Daytona International Speedway, starting with the Firecracker 250 in the summer of 1959 – the year the speedway opened.


Roberts was named one of NASCAR’s 50 Greatest Drivers in 1998; 40 years before that, he demonstrated a burst of greatness that is hard to fathom. He ran only 10 races in ’58 but won six of them – finishing 11th in the final NASCAR premier series standings.


This is the latest in a series of GodfatherMotorsports.com biographies profiling the 25 nominees for the 2012 class of the NASCAR Hall Of Fame. Each of the 25 candidates will be profiled in the coming weeks, in alphabetical order.
Posted by Dave Moody at 9:24 AM