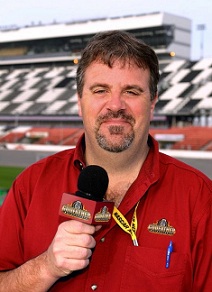 With less than a month remaining before the NASCAR Sprint Cup Series invades Daytona International Speedway for SpeedWeeks 2012, it was only a matter of time until some enterprising team devised a scheme to fold, spindle and manipulate NASCAR’s bewildering Top-35 owner points system to its own advantage.

SiriusXM Speedway revealed yesterday that SHR has completed a deal to make Danica Patrick a guaranteed starter in next month’s Daytona 500, using owner points obtained from Tommy Baldwin Racing. A year ago, TBR’s #36 Chevrolet finished 33rd in Sprint Cup Series owner points, earning a coveted, guaranteed berth in the first five races of the 2012 season. Driver Dave Blaney will not be allowed enjoy the fruits of that labor, however. He will be required to race his way into the “Great American Race” and the four events that follow, while Patrick -- who did not attempt to qualify for a single Sprint Cup race last season -- rolls into Daytona Beach already penciled into the starting grid. Patrick will run 10 Sprint Cup races this season in cars fielded by SHR, with David Reutimann filling the seat in a #10 Chevrolet out of the TBR shops in the remaining 26 events.
That's not the way it’s supposed to work.

NASCAR's Top-35 system was designed to ensure that team owners retain something of value when drivers depart during the offseason, with sponsor in hand. Unfortunately, what once served as a reward for fulltime Sprint Cup supporters has once again been manipulated to benefit a team without even a single lap in NASCAR's senior series. Sadly, it is nothing new.

A year ago, Rusty Wallace, Inc., used a similar to ploy to obtain owner points from Penske Racing, guaranteeing Steven Wallace a Daytona starting spot, despite the fact that he had never competed in a NASCAR Sprint Cup Series event.  In 2010, Front Row Motorsports used owner points acquired from Yates Racing to lock its #37 Ford and driver Travis Kvapil into the Daytona 500. Latitude 43 Motorsports -- a new team with no prior history in any NASCAR series -- purchased assets and owner points from Roush Fenway Racing to ensure itself a spot in the 2010 season opener as well, setting up a guaranteed payday of at least $250,000 for a last-place finish. Richard Petty, Michael Waltrip, Richard Childress and a number of other prominent Sprint Cup owners have taken advantage of the same rule in previous seasons, with similarly distasteful results.

For the record, none of the aforementioned teams has done anything wrong. Tony Stewart and Tommy Baldwin are shrewd, astute businessmen, and they know a “win-win” deal when they see one. Merging their efforts under the SHR banner should allow Patrick and Reutimann to remain in the Top-35 and on the “guaranteed starters” list all season long; something neither driver could have accomplished on their own.

Baldwin and Stewart are guilty of nothing other than exploiting a loophole in NASCAR’s procedural manual big enough to float the Costa Concordia. A loophole that will allow TBR to race 26 times this season under the Stewart Haas Racing banner, despite the fact that SHR will contribute nothing to the effort other than token technical support and an over-the-wall pit crew on race day. In “real-world” terms, SHR’s #10 will be two different teams, fielding two different cars under the same number.

Confused yet? Join the club.

NASCAR’s Top-30 owner points program continues to be a solution in search of a problem, and serves only to confuse fans, who rightly ask, "How did he – or in this case, she -- qualify for the Daytona 500?" The now-annual owner-point fiasco will receive more attention this season than it has in the past, simply because Patrick is involved. Through no real fault of her own, the former IndyCar star attracts more than her share of both media attention and controversy. Hopefully, attaching Danica’s name to this whole, dyspeptic mess will prompt the sanctioning body to do what it should have done years ago; decreeing that beginning in 2013, guaranteed starting spots may only be used by the team that earned them in the prior campaign.

Use them or lose them, it should be no more complicated than that.
Posted by Dave Moody at 10:53 AM