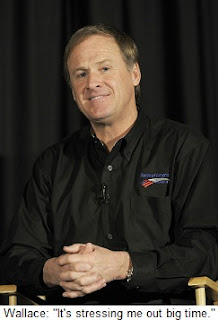 Rusty Wallace is in Cabo San Lucas, Mexico this week, hosting his annual Charity Golf and Fishing Tournament. Next week, he’ll return home to make some difficult decisions on the future of his Rusty Wallace, Inc. NASCAR Nationwide Series team.

RWI fielded a pair of Nationwide Series Toyotas for son Steve Wallace and Michael Annett last season, with Annett finishing ninth and Wallace 10th in championship points. Major sponsor 5-Hour Energy departed at season’s end to back Clint Bowyer’s new Sprint Cup Series effort at Michael Waltrip Racing in 2012, and the search for a replacement has yielded no results. Now, Wallace faces the prospect of closing the doors on a team he has devoted the last seven years of his life to building.

“I’m afraid we’re getting really close to that right now,” admitted the 1989 NASCAR Sprint Cup Series champion. “I don’t want to do it. It breaks my heart even thinking about it. But if we don’t have the money to do this thing right, it’s not worth doing. We’ve got some sponsorship in place for next year, but not nearly enough to run the full season. Honestly, we’ve got just enough money to get ourselves in big trouble.

“My wife Patty and I are trying to decide what to do,” he said. “We’re looking everywhere for a way out; a way to avoid closing the doors. But I’m afraid that may be where we’re headed.”

Wallace said he is proud of the way RWI has performed in recent seasons, and believes the facility he built in Mooresville, NC, is second to none in the NASCAR Nationwide Series. 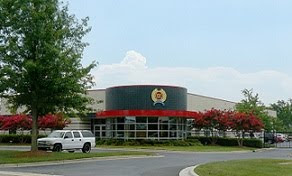 “Our shop is a showplace,” he said. “We’ve got room for two complete Sprint Cup teams there. Everything is top notch; built the way it’s supposed to be built. We’ve assembled a group of people there that are like my own family, and I’m proud of what we have accomplished over the years. They’re great people, and the thought of having to turn out the lights is stressing me out, big-time.

“If we end up having to close the doors, I won’t be sad for me,” he said. “We’ll find a ride somewhere for Steven, and we’ll all be fine. Maybe once this crazy economy kicks back into gear, we can start things up again and go back racing. But right now, it doesn’t look good.

“I’m not saying yet that we’re shutting down,” he said. “But I’m also not going to lie to you. We’re pretty close to having to make a very hard decision.”
Posted by Dave Moody at 2:35 PM