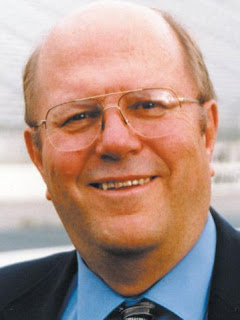 Phillips’ byline appeared in the High Point (NC) Enterprise for 48 years; the last 32 of which were spent as the paper’s sports editor. He penned a monthly column for Stock Car Racing Magazine for more than a quarter of a century, chronicling the sport and its stars. For 12 years, he contributed on-air commentary to the weekly MotorWeek Illustrated program on WTBS and ESPN; one of the first national television shows devoted exclusively to motorsports.

Prior to his retirement in January of 2008, Phillips was honored as National Motorsports Press Association Writer of the Year seven times. In 1986, he was the inaugural recipient of the prestigious Buddy Shuman Memorial Award for outstanding contribution and loyalty to the sport of auto racing. Other honors include the Henry T. McLemore Motorsports Press Award for excellence in journalism, the Joe Littlejohn Award for loyalty to auto racing, and the Sears Craftsman of the Year Award in 1983.

Former Stock Car Racing magazine editor Dr. Dick Berggren said of Phillips, "Benny was one of the longest-serving columnists in the history of the magazine. He was also an award winning feature wriiter for that magazine. Benny had polio as a child and got around on crutches during adulthood, but it never, ever impeded his ability to get the job done well. He had very close relationships with many drivers, but especially Dale Earnhardt, Sr. I was his editor for most of his tenure at Stock Car and found him a pleasure to work with. His copy was always accurate, interesting and needed nothing from any editor. Benny was a great guy who was liked by everyone."


Recently inducted NASCAR Hall of Famer Dale Inman told the Enterprise, “He was one of my best friends and a great fan of Richard’s. I spoke to him about two or three times a week, just to speak about sports. This comes as a shock to me. He was one of the pioneer’s of NASCAR writing.”