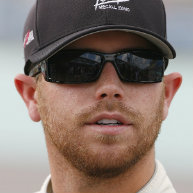 Richard Childress Racing has confirmed what GodfatherMotorsports.com first reported on November 21, that Brian Scott has signed a multi-year agreement to drive the No. 2 Shore Lodge Chevy Camaro in the NASCAR Nationwide Series next season.

While not yet announced by the team, sources say Scott will also run a limited schedule of races in the NASCAR Camping World Truck Series in 2013, sharing the seat of RCR's No. 2 Chevy Silverado with Tim George, Jr.


Scott, 24, of Boise, Idaho, has finished in the Top-10 in Nationwide Series driver championship points in each of the last two seasons; finishing eighth in 2011 and ninth this year.  He drove Joe Gibbs Racing's No. 11 Dollar General Toyota to two Top-5 and 11 Top-10 finishes in 33 starts this year, with a best finish of third at Dover in early June. He became the odd man out at JGR when the team signed championship runner-up Elliott Sadler and former series champion Brian Vickers to run the full Nationwide schedule in 2013.
Phil Gould, car chief for the No. 2 team in 2012 and with previous experience at RCR as a car chief in the NASCAR Sprint Cup Series, has been promoted to crew chief for the team.
Posted by Dave Moody at 2:40 PM