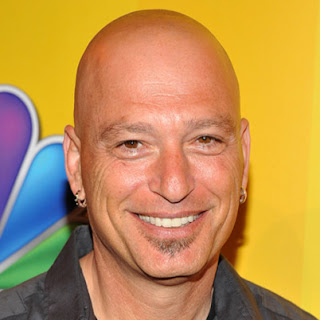 When the 2012 NASCAR Sprint Cup Series Awards get underway later this month in Las Vegas, superstar comedian, actor, producer, author and judge Howie Mandel will take the stage in another role he is extremely familiar with: show host.


The NASCAR Sprint Cup Series Awards, which begin at 8 p.m. ET on Nov. 30 with live coverage on SPEED, Motor Racing Network and SiriusXM NASCAR Radio, are the culmination of NASCAR Sprint Cup Series Champion’s Week and will honor the 2012 champion along with the rest of the Top-10 drivers in the final Chase for the NASCAR Sprint Cup standings.
Mandel, widely known for his role as a judge on the NBC hit reality show “America’s Got Talent,” is as versatile as they come in show business. For more than 30 years, Mandel has succeeded in a wide range of roles across a diverse landscape of entertainment genres. Accomplishments on his illustrious resume include:
·         Host of the upcoming TV game show “Take It All” premiering Dec. 10 on NBC


·         Internationally known stand-up comic, continues to perform as many as 200 concerts a year throughout the US and Canada.


“I’ve spent many years in my career evaluating and analyzing talent, and there is no doubt in my mind that these NASCAR drivers are the best drivers in the world,” said Mandel. “I’m really looking forward to hosting this year’s NASCAR Sprint Cup Series Awards to help honor the Top-10 drivers and officially crown the 2012 NASCAR Sprint Cup Series champion.”
“Year after year, the NASCAR Sprint Cup Series Awards combines the excitement of NASCAR and the entertainment of Hollywood into a spectacular event,” said Zane Stoddard, NASCAR managing director, entertainment marketing and business development. “With Howie’s work on ‘America’s Got Talent’ and ‘Deal Or No Deal,’ he’s become one of the most recognizable and popular personalities in America and we feel he makes this year’s show one of the most anticipated in recent memory.”
Other entertainment-related announcements regarding the awards show will be announced in the coming weeks.
Posted by Dave Moody at 11:43 AM