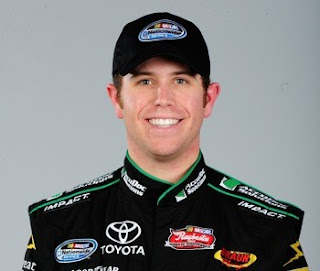 Look for Brian Scott to return to the NASCAR Nationwide Series next season, driving the No. 2 Chevrolet for Richard Childress Racing.


Scott finished ninth in the final 2012 Nationwide standings, driving the No. 11 Dollar General Toyota for Joe Gibbs Racing, with two Top-5 and 11 Top-10 finishes in 33 starts and a best finish was a third at Dover in early June. He became the odd man out when JGR signed Elliott Sadler and former series champion Brian Vickers to full-time Nationwide deals for 2013. Multiple sources close to the team say Scott will now replace Sadler in RCR’s No. 2 Chevy.


There is currently no word on sponsorship. RCR Director of Corporate Communication Dave Hart did not comment specifically on Scott via e-mail today, saying only that the team will have “a full lineup announcement for all three series sometime in the next couple of weeks.”
Photo: NASCAR Media
Posted by Dave Moody at 12:27 PM