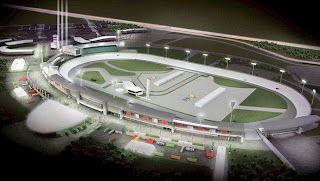 The proposed new Canadian Motor Speedway cleared a jurisdictional hurdle this week when the Ontario Municipal Board ordered the dismissal of a number of appeals filed against the speedway. The Fort Erie Times reported Monday that OMB Vice Chairperson Susan de Avellar Schiller ordered the dismissal of all outstanding appeals, after agreements were reached between track owners and the Citizens Coalition of Greater Fort Erie.


The Coalition had raised concerns over alleged zoning irregularities with the proposed project, as well as noise pollution, traffic flow and various environmental issues, including potential damage to wetlands and wildlife.

“CMS is very excited about the decision by the OMB Chair,” said CMS Executive Director Azhar Mohammad. “The conclusion reaffirms that our project addresses and implements matters of provincial and regional interest. This will be a world-class facility that will attract visitors from all over North America. We are very anxious to begin the next steps in seeing the speedway become a reality.”


Investors in the CMS complex have reportedly already spent $11 million since 2007, and this week’s ruling by the OMB is expected allow groundbreaking on the site this fall. Spokespersons for the facility said construction will begin in the spring, with racing projected to take place in late 2013.

Plans call for the construction of a one-mile, progressively banked oval and 2.6 mile road course on an 821-acre plot of land in in Fort Erie, Ontario. With 65,000 seats and 80 corporate suites, Canadian Motor Speedway would be the largest motorsports facility in Canada.
Posted by Dave Moody at 10:16 AM