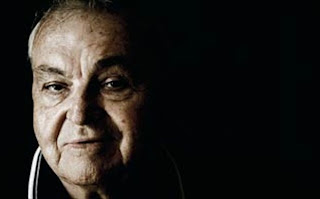 Known for more than 50 years as the “Dean of American Motorsports,” the late journalist and broadcaster Chris Economaki has been named the third recipient of the Squier-Hall Award for NASCAR Media Excellence. Economaki will be honored during NASCAR Hall of Fame Induction Ceremony festivities on Jan. 29, 2014 and featured in an exhibit in the NASCAR Hall of Fame in Charlotte, N.C.


Economaki, who died last year at age 91, was the editor, publisher and columnist for National Speed Sport News for more than 60 years, a weekly racing publication he began selling at race tracks at the age of 14. He began his television broadcast career with ABC in 1961 and with CBS Sports helped make the Daytona 500 one of racing’s marquee events.
Economaki was among eight nominees voted upon by a panel comprised of NASCAR and NASCAR Hall of Fame executives, journalists, public relations representatives and former drivers. The Squier-Hall Award was created in 2012 to honor the contributions of media to the success of the sport.  Legendary broadcasters Ken Squier and Barney Hall, for whom the award is named, were its initial recipients.
“Chris Economaki dedicated his life to covering motorsports, and his exceptional talent for storytelling brought NASCAR to millions of readers and viewers for more than 60 years,” said Brian France, NASCAR Chairman and CEO. “Though we all miss seeing him at the race track every week, we’re proud that Chris’ legacy will continue to live through this well-deserved award.”
The son of a Greek immigrant who was born in Brooklyn but spent most of his life in Connecticut, Economaki participated in the growth of automobile racing from its pre-World War II small-town and county fair circuits. He worked at the sport’s grassroots, alongside many historic promoters – including NASCAR founder Bill France – and went on to cover most of the 20th and 21st centuries’ greatest figures.
Economaki’s National Speed Sport News column was a weekly must-read throughout the motorsports industry. He eschewed technology for decades, hammering out his copy on an old, manual typewriter while others in the media centers tapped on computer keyboards. Few, however, matched Economaki’s insights – or his many reliable sources.
He appeared in several racing-themed motion pictures and was part of the CBS broadcast team that won a Sports Emmy for Outstanding Sports Special (the 1987 Daytona 500). He was awarded the 1990 NASCAR Award of Excellence and NASCAR Lifetime Achievement Award in 1998. Economaki is a member of several halls of fame including the Motorsports Hall of Fame of America, the American Auto Racing Writers & Broadcasters Association (AARWBA) Hall of Honor, Eastern Motorsports Press Association (EMPA) Hall of Fame and the National Motorsports Press Association (NMPA) Hall of Fame.
Posted by Dave Moody at 3:58 PM