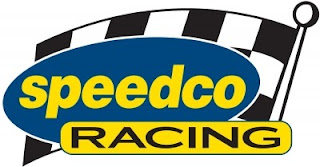 The addition of Speedco to the primary sponsorship line-up of the No. 7 team is an expansion of an already prosperous partnership. With Speedco’s backing, JR Motorsports produced its first championship as a company last season when Josh Berry took the track title at Motor Mile Speedway in Radford, Va. Speedco also serves as a full-season associate sponsor on both JR Motorsports’ Nationwide entries.

Speedco is a national company that specializes in quick lubes and tire services for the trucking industry. There are more than 51 Speedco stations across the country.

“Speedco is a strong supporter of our racing programs on multiple levels,” said Kelley Earnhardt Miller, co-owner and general manager of JR Motorsports. “This is a great example of a partner growing along with our company. Speedco was initially involved with the late model team, and out of that relationship, they’ve expanded into our Nationwide Series program. With Regan’s two wins already this season, I think we’re all excited at our chances to visit victory lane with Speedco in Chicago.”

Smith has led the Nationwide Series points race since his win at Talladega Superspeedway on May 4. He added another victory two weeks ago at Michigan. For the season, Smith has two victories, four top-5s and 11 top-10 finishes.

"It’s an honor to be part of the JR Motorsports team,” said Mark Clark, Speedco president and CEO. “This is an exciting new step for Speedco. Our expanded partnership is a great opportunity for our company to get further involved in the Nationwide Series and we’re thrilled to be part of a winning team.”


The July 21 event at Chicagoland Speedway is a stand-alone weekend for the Nationwide Series and marks the first of two annual races at the 1.5-mile facility.
Posted by Dave Moody at 6:17 PM