Police: Mayfield Was At Scene Of Theft 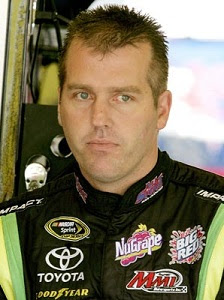 The latest chapter in the increasingly sad saga of Jeremy Mayfield became public today when WSOC-TV in Charlotte, NC reported the latest in a series of search warrants issued for Mayfield’s Catawba, NC home and grounds. The latest warrant includes allegations of additional stolen property found at Mayfield’s home, and evidence that Mayfield himself was personally involved in the thefts.

Sherriff’s deputies say that in February of this year, they discovered the former NASCAR driver and a companion at 3 AM, sitting in a truck parked behind a Hudson, NC, furniture store. Mayfield explained that they had purchased the truck in Tennessee earlier that evening, and had stopped behind the store to rest. Later that morning, the furniture store reported that several trailers filled with approximately 70 pieces of furniture had been stolen. Sheriff’s deputies eventually obtained a search warrant and found the stolen furniture in a trailer next to Mayfield's home.

Last month, authorities discovered approximately 1.5 ounces of methamphetamine in a locked safe inside Mayfield’s home, along with more than 50 guns -- at least some of them allegedly stolen -- and more than $100,000 in property taken from various local businesses including Fitz Racing and Red Bull Racing.

Mayfield currently faces a felony charge for possession of methamphetamine. Officials have not yet charged him in relation to any of the stolen property. His attorney said Mayfield has no knowledge of any stolen items or illegal drugs on his property. Hudson police chief Andy Day told WSOC, "The investigation is not over. We are still looking for more property. No charges have been filed (and) we anticipate this investigation will continue for some time."
Posted by Dave Moody at 12:17 PM