NASCAR will crown its 2011 Sprint Cup Series champion later this week in Las Vegas, when Tony Stewart accepts the accolades for his third series title. The 2011 season was one of the best in NASCAR history, with five first-time winners, 19 overall victors and a much-needed resurgence in both at-track attendance and television viewership. There’s not much that needs fixing in NASCAR these days, but on three specific counts, the sanctioning body can -- and should -– do better.

Job One on NASCAR’s off-season "To-Do List" is to end the annual outbreak of owner point chicanery. NASCAR’s Top-35 system was instituted with noble intent. In an effort to reward teams for supporting the full-36-race championship schedule, NASCAR offers guaranteed starting spots in the first five races of each season to the Top 35 teams in the previous year’s owner points. Unfortunately, the system has been horribly manipulated over the years, until now, it frequently rewards teams that did not even exist the previous season.

NASCAR should institute a new, “Use It Or Lose It” owner points system for the 2012 Sprint Cup, Nationwide and Camping World Truck Series campaigns. Under this new system, only the Top-35 in this year’s owner points (Top-30 in Nationwide and Trucks) will be allowed to claim a guaranteed starting spot in their respective season-openers at Daytona International Speedway. No more five-week guarantee, no more bogus ownership transfers, no more selling of owner points to the highest bidder.

If only 33 of the Top-35 teams return next season, so be it. Thirty three teams will be locked into the 2012 Daytona 500, with two additional spots made available to teams attempting to qualify on speed. 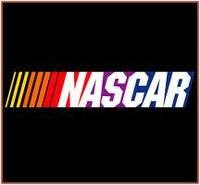 Once the 2012 Daytona 500 is in the books, NASCAR will be free to make much-needed changes to the qualifying system for the remaining 35 races. Since only seven cars actually qualify for a race these days, there’s no drama, no excitement and no reason for anyone to care. “Qualifying Day” has become “Arranging Day,” with nothing at stake other than the starting order for Sunday’s race.

NASCAR can do better.

Next season, old-style qualifying should be scrapped in favor of a new “Happy Hour” qualifying format. Teams will take to the track en masse -– just like they do on race day -– for a 60-minute, free form session that awards the pole position to the driver who turns the fastest lap. It’s simple, it’s exciting and it gives fans a reason to turn out on Qualifying Day for the first time in years.

Finally, NASCAR needs to eliminate the controversial practice of assessing “secret fines” to drivers and teams. Anything worth doing is worth doing in the light of day, and NASCAR demeans itself by operating behind a false cloak of secrecy. It is virtually impossible to keep secrets in the Sprint Cup, Nationwide and Camping World Truck garages these days, and by attempting to do so, NASCAR gives the impression that it is somehow ashamed of its actions.

If NASCAR truly wants to be accepted as a major professional sport alongside football, baseball, basketball and hockey, it needs to act professional. “Double-secret probation” has a decidedly Bush League feel to it, and should be done away with, once and for all.
Posted by Dave Moody at 11:31 AM