Commentary: When Good Is Bad

The first two races of the 2011 Chase for the NASCAR Sprint Cup have boiled down to fuel mileage. At both Chicagoland and New Hampshire Motor Speedway, drivers were forced to back out of the throttle in an effort to conserve fuel, drawing the ire of fans who understandably prefer the final laps of each race to be contested at full speed. Blame for the preponderance of fuel mileage races this season has landed squarely at the feet of Goodyear, whose engineers are building tires so fast and durable that teams now prefer to keep their cars on the racetrack during late-race caution periods, gambling on fuel where once they would have pitted for fresh rubber and a full tank of gasoline.

Goodyear engineer Rick Heinrich told reporter Mike Mulhern this week that the Akron, Ohio tire maker builds tires for optimum performance, believing that NASCAR’s top drivers and teams deserve nothing less. "You have to have a tire that's good for a full fuel run,” said Heinrich, “because you don't want to put a car out on tires not equivalent to the gas range."

Goodyear spokesman Stu Grant disputed the assertion that fuel mileage is appreciably different in NASCAR’s national divisions than it was in seasons past, saying, “Actually, the gas mileage thing is probably about the same now as it was years ago.” He added that new advances in track technology have changed the face of the sport, allowing teams to race further on a set of tires than ever before.

“The new asphalt going down on these race tracks is so much better than the old asphalt,” he said. “It is much tighter. For example, when was the last time you saw a (repaved track) break up and tear apart? You don't see that anymore… because they are very, very good at what they do. The new asphalt is much more compact, and consequently, you get no tire wear.”

Grant pointed to recent resurfacing projects at Talladega, Daytona, Las Vegas, Charlotte and Darlington, saying all five speedways are substantially different than they were before repaving. “Darlington is a (perfect) example,” he said. “On the old asphalt you would see two to three seconds (per lap) of tire fall off (during a fuel run). Now, you only see a fall off of two or three-tenths.” He warned that the newly repaved Phoenix International Raceway is likely to be the same, experiencing “no tire wear at all and no fall off in lap times." 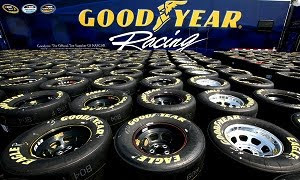 While advances in track technology have played a role for the recent upswing in fuel mileage races, NASCAR also shoulders a portion of the blame. The sanctioning body rolled out a new race car in 2007 that is considerably stronger and more durable than its predecessor. Wrecks that once resulted in badly damaged racers and debris-strewn tracks now do not merit even a brief caution flag. The best way to kill a fuel mileage race is to throw a yellow flag with 25 laps to go. But these days, it doesn’t seem to happen like it used to.

NASCAR could solve the problem by throwing a “competition caution” in the final 25 laps of every race. That approach seems over-officious at best, and downright manipulative at worst. And unless the sanctioning body requires each team to pit for tires and fuel, there will be a crew chief who elects to roll the dice and remain on track, hoping to milk his fuel cell far enough to steal a checkered flag.

Clearly, there is no “quick fix” to the events of the last two weeks. In truth, not everyone agrees that a fix is even needed. Tony Stewart, for example, likely sees no need for a late-season change. He’s enjoying this recent fuel mileage trend just fine, thank you.

There is no question, however, that Goodyear can help remedy the recent rash of fuel mileage races by building a softer tire. The question is, how soft is too soft? Most fans still recall the 2008 Brickyard 400 at Indianapolis Motor Speedway, where excessive wear caused tires to fail in as little as eight laps, forcing NASCAR to mandate a maddening series of competition cautions that turned the event into a competitive and public relations debacle. No one in attendance at The Brickyard that day wishes to experience anything like it, ever again. But the prospect of eight more fuel mileage races to decide NASCAR’s 2011 champion is only slightly more palatable.

Clearly, Goodyear can do better. Or in this case, worse.
Posted by Dave Moody at 9:05 PM