There is bad news and more bad news for employees of Red Bull Racing this week. 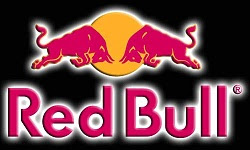 The NASCAR Sprint Cup Series team has raced for most of this season under a cloud of uncertainty, after Austrian energy drink magnate Dietrich Mateschitz announced he was putting the team up for sale, with an eye toward exiting NASCAR at season’s end.

Now, Red Bull Racing has filed documents under the North Carolina Worker Adjustment and Retraining Notification Act informing more than 150 employees that they could lose their jobs if the team closes its doors on December 17. The filing does not mean a decision has been made to shut down the team, but it does indicate that there is no new buyer or sponsor waiting in the wings.

Despite being informed that their jobs could end in less than 90 days, Red Bull employees remain under contract to the team and are forbidden from seeking future employment elsewhere. “I can’t even talk to anyone,” said one Red Bull crewman, speaking on the condition of anonymity. “I may not have a job in three months, but my hands are tied when it comes to finding a new one. It’s a tough position to be in.”

Red Bull Racing Vice President/General Manager Jay Frye has been actively recruiting potential buyers and sponsors for the team in an effort to keep it on track in 2013, but has been unable to put a deal together. “We heard rumors for a while about a possible buyer in Europe, and there was supposedly another group in Brazil that was interested,” said the Red Bull crewmember. “But it’s getting late (in the season) now, and it doesn’t look like there’s anything happening.”

Red Bull Racing has declined to comment on the WARN filing.
Posted by Dave Moody at 5:00 PM