The NASCAR Sprint Cup Series garage is nothing if not a study in contrast. 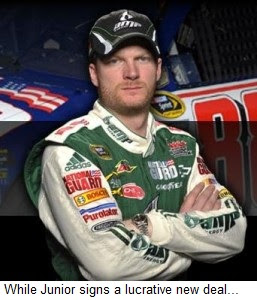 In this garage stall sits one of NASCAR’s multi-million dollar mega teams, with superstar drivers and gleaming transporters filled to the brim with state-of-the-art equipment and high-dollar, supportive sponsors. Next door sits one of NASCAR’s comparative “have nots,” a mid-pack team headlined by an unproven -- or slightly past his prime – driver, doing the best he can with hand-me-down equipment and minimal sponsorship.

This weeks NASCAR headlines also feature their share of contrast.

Hendrick Motorsports announced a new, five-year contract extension with driver Dale Earnhardt, Jr., this week, cementing their relationship through the 2017 season. Meanwhile, Richard Childress Racing struggles to come to terms with Clint Bowyer on a multi-year extension of his decidedly less-lucrative deal.

While Hendrick cashes checks from sponsors AMP Energy and the National Guard totaling a reported $40 million per year, Childress scrambles to assemble sponsorship for roughly half that amount.

While Hendrick snuggles up with NASCAR’s Most Popular Driver for another half decade, Childress scrambles and gambles in the hope that Bowyer will not be lured away by Richard Petty Motorsports, Joe Gibbs Racing, or one of the other teams openly courting the Kansas native before RCR can set the contractual hook.

Statistically speaking, it doesn’t appear to make much sense.

However, in the last five seasons, Earnhardt has managed only a single victory; that a fuel-mileage assisted triumph at Michigan International Speedway in 2008. Bowyer has been to Victory Lane five times, including twice in last year’s Chase for the NASCAR Sprint Cup.

Earnhardt has just one Top-10 points finish in the last five years; a fifth-place showing in 2007. Bowyer has placed in the Top-10 three times and the Top-5 twice, highlighted by a third-place finish behind champion Jimmie Johnson and Jeff Gordon that same year.

Earnhardt’s average points finish over the last five years is 15.8. Bowyer’s is 10.0.

Based on those numbers, Bowyer should be the man signing a lucrative, long-term contract, while Earnhardt sweats out a long, protracted and contentious negotiation. While Bowyer -– and before him, Carl Edwards -– are forced to deal with the considerable distraction of hashing-out their NASCAR futures in the midst of a championship battle, Earnhardt is able to announce 18 months in advance that he and team owner Rick Hendrick are ready to re-take their vows. 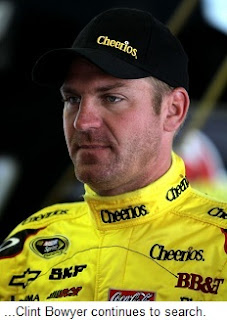 Earnhardt says there was no need to delay discussions until next year, saying, “I just wanted to get it done before the off-season. I have another year to go, (but after) seeing how much attention it drew to Carl and those guys -- and to me when I was in my last contract year -- (I wanted to get it done).” He called Hendrick Motorsports “obviously one of the best places in the garage — if not THE best,” adding, “I wouldn't want to be anyplace else.”

Simple as that, the deal is done.

Make no mistake about it, Earnhardt didn’t have to return to the Hendrick stable. Despite wallowing in the throes of a personal, three-year winless streak, he could have signed a similar, long-term, monster contract with any major team in the Sprint Cup garage. Jack Roush, Joe Gibbs and Roger Penske would do Edwards-worthy back flips in an effort to land the third-generation superstar, and while some observers continue to look disparagingly at fully sponsored drivers like Paul Menard and their continued ability to find quality rides in the Sprint Cup garage, Earnhardt remains NASCAR’s ultimate “Million Dollar Baby.”