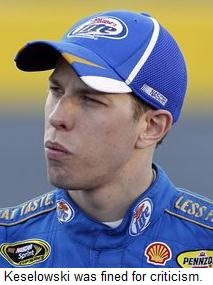 Brad Keselowski’s apparent $50,000 fine for comments critical of NASCAR has inspired a great deal of debate; debate that unfortunately detracts from what promises to be an exciting tripleheader weekend of championship-deciding events at Homestead Miami Speedway.

Among all the emotion, here are a few facts.

During an appearance last week at the NASCAR Hall Of Fame, Keselowski responded critically when asked by reporters about NASCAR’s conversion to electronic fuel injection in 2012. "We're not doing this because it's better for the teams," said Keselowski. "I don't think we're really going to save any gas. Cars on the street are injected with real electronics, not a throttle body. So we've managed to go from 50-year-old technology to 35-year-old technology. I don't see what the big deal is."

Had Keselowski stopped there, he may be gotten off scot-free. However, he also accused NASCAR of orchestrating a fuel-injected “media circus” to curry favorable press reaction, comments that clearly did not sit well with the sanctioning body. “It's a media circus,” said the Penske Racing driver. “(NASCAR is) trying to make you guys happy so you write good stories. It gives them something to promote. We're always looking for something to promote, but the honest answer is it does nothing for the sport, except cost the team owners money.”

While stopping short of confirming a fine, NASCAR spokesman Kerry Tharp told Associated Press reporter Jenna Fryer Thursday, “We did talk to Brad following his recent comments that were highly critical of the series moving to electronic fuel injection next season. We made it clear to him that these kind of comments are detrimental to the sport, and we handled it accordingly." 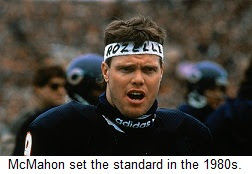 Fining athletes for comments critical of their respective leagues is hardly new, and it is not unique to NASCAR. The National Football League, National Basketball Association, Major League Baseball and National Hockey League all routinely sanction athletes and coaches for disparaging comments about officials, and have for years. In the 1980s, Chicago Bears quarterback Jim McMahon was fined by the NFL for wearing a headband emblazoned with an unauthorized corporate logo, then fined again a week later for replacing the logo with the name of then-NFL Commissioner Pete Rozelle. More recently, Pittsburgh Steelers safety Troy Polamalu was fined $10,000 by the NFL last month for using a cell phone on the sidelines after leaving a game against the Jacksonville Jaguars with a concussion. NFL players are routinely penalized for undue celebration after a big play, and virtually every sports league fines coaches and players for disparaging remarks and second-guessing of umpires and referees.

Freedom of speech is one of the basic tenets of our free society; guaranteed by the First Amendment to the United States Constitution. There are limits to free speech, however. Courts long ago ruled that there is no right to yell “Fire!” in a crowded movie house, and businesses routinely fire employees for comments and conduct detrimental to the company. NASCAR – along with the NFL, NBA, MLB and NHL – are no different.

We can only hope that in the future, the process may become a bit more transparent.
Posted by Dave Moody at 10:23 AM