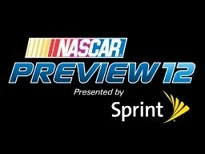 Driver appearance times for many NASCAR Sprint Cup Series drivers have been confirmed for the inaugural NASCAR Preview 2012 Presented by Sprint preseason fan event scheduled for Jan. 21 in Charlotte, N.C.

NASCAR Preview 2012 Presented by Sprint is a new addition to the annual calendar. Reminiscent of popular season-preview events of the past, the festival-like event will feature driver and show car appearances, simulators, games, prizes and a host of other fan-friendly and interactive activities. The event is part of the three-day NASCAR Acceleration Weekend from Jan. 20-22 in Charlotte, N.C. that gives race fans a combination of events and activities featuring the legends of the sport and stars of today.

Stewart and other NASCAR Sprint Cup Series drivers will sign autographs in the Ballroom of the Charlotte Convention Center beginning at 9:15 a.m. on Saturday. Fans with event tickets are eligible to receive one of a limited number of wristbands to receive autographs. Wristbands will be distributed beginning at 7 a.m. in the Charlotte Convention Center Ballroom.

Additional drivers from the NASCAR Sprint Cup, Nationwide and Camping World Truck Series, along with all four living members of the 2011 Class of the NASCAR Hall of Fame will be announced at a later date. Appearance times are subject to change.

Tickets to NASCAR Preview 2012 Presented by Sprint start at just $10 for individual event admission. A discounted $20 combo ticket includes admission to both the Preview event and the NASCAR Hall of Fame, while a $299 VIP weekend package includes all NASCAR Acceleration Weekend events, including the NASCAR Hall of Fame Induction Ceremony. Tickets are available at www.ticketmaster.com or by calling 1-800-745-3000.