Brendan Gaughan will contest a partial schedule of both NASCAR Nationwide and Camping World Truck Series events in 2012 under the Richard Childress Racing banner. 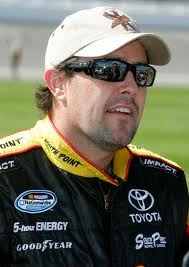 Gaughan told Sirius XM NASCAR Radio’s Sirius Speedway with Dave Moody today that he will run a total of 18 races next season; 10 on the NASCAR Nationwide Series in RCR’s No. 33 Chevrolet and eight more in the team’s #2 Camping World Truck Series Chevy. Sponsorship will come from the South Point Hotel and Casino.

Last season, Gaughan ran the entire Truck Series schedule for Germain Racing, finishing 12th in championship points with one Top-5 and eight Top-10 finishes in 25 starts. His best finish was a third in the UNOH 225 at Kentucky Speedway on July 7. A year ago, he drove for Rusty Wallace Racing on the Nationwide tour.

“I’ve never been willing to run a partial schedule before, because I wanted to win championships,” said Gaughan “While I won’t be running for a driver’s championship, Richard Childress is pretty serious about having the #2 Truck win the 2012 owners championship. He’s expecting a lot from that truck and that team, so I need to go out there and put points on the board. I’m tired of fudging around, trying to find teams that can run for a championship. Last year was a bummer of a season, but RCR doesn’t have bummer seasons.

“If I can go out and win races this season, that’s exactly what I want to do. I’m going to prove that I can still win.”

Tim George, Jr. will run the 12 Truck events in which Gaughan does not compete, with an all-star lineup of RCR drivers – including Kevin Harvick -- sharing time in the No. 33 Nationwide car.
Posted by Dave Moody at 5:13 PM