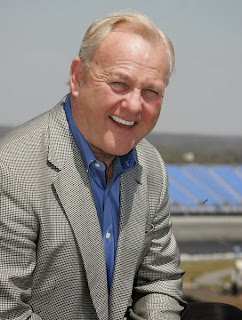 Today, H.A. "Humpy" Wheeler introduced "Speedway Benefits," an alliance of grassroots race tracks throughout the country which, collectively, has greater attendance than the NFL, NHL, NBA and NASCAR-combined.


There are approximately 1,200 grassroots race tracks in the United States that host 50 million fans annually. This represents over $1 trillion in consumer spending, equal to 6.5% of U.S. GDP. This demographic consists primarily of working class people located in suburban and rural America. Grassroots race tracks employ nearly 2,000 full-time and up to 30,000 part-time employees.


The alliance will benefit grassroots race tracks, race track vendors and corporate marketers. Race tracks collectively represent over $200 million in buying power. Speedway Benefits is organized to pool these tracks together, allowing an opportunity for vendors to provide high-volume discounts on a national level for products and services that race tracks commonly purchase. The cost savings go directly to the race tracks' bottom line.


Corporate sponsors and marketers are -- for the first time -- given an opportunity to directly market to 50 million primarily middle-class Americans through a brand new national sports property. Additional sponsorship dollars also go to the race tracks' bottom line.


Tracks will still be able to maintain and secure local and regional sponsorships and vendor partnerships by category, if they choose.  Race track owners/promoters can opt in or out of any aspect of the program, allowing them to customize a program that meets their specific needs. Speedway Benefits membership comes at no cost to founding member tracks. 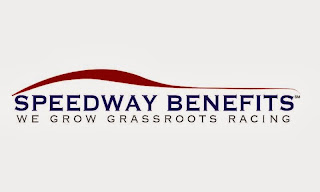 "As the motorsports scene changes, grassroots racing is seeing significant success because of its tremendous appeal to the working people of this nation," said Wheeler. "However, they are doing it alone. Our new alliance will bring them more fans, higher revenues and less expense.


"We are going to stick strictly to these grassroots tracks and not the big tracks of NASCAR, Indy and NHRA. This collectivism of all the short tracks will change the face of racing.
"Short track racing, including ovals, drag strips and road courses, are the backbone of our sport and yet they have been shorted on television, advertising and media coverage. It is our intention to help fire the rockets to change this. There is more excitement in racing at such tracks as Carolina Speedway, Lebanon Valley, Skagit, Bowman Gray, Eldora and Thunder Road in Vermont than most superspeedways.


"We just need to help these operators let the world know this. These grassroots tracks just never got the investment that fueled NASCAR's growth in the last 25 years," Wheeler continued. "Imagine what can be accomplished by bringing a newly-united sport with 50 million avid race fans into the next decade.


"Big time racing has never been healthier than its grassroots base, so what we are doing is going to help the big tracks by growing new fans in places like Tulsa, Susquehanna, Traverse City, Ukiah and other heartland cities and, at the same time, bring these tracks what they have been missing for so long."


Speedway Benefits is expected to grow to 50 employees and create 1,000 new jobs across the country.


"We have put together a very capable team of people and are investing significantly to make this happen," said Wheeler. "And some of the premier grassroots race tracks around the country -- from Steve Beitler's Skagit Speedway in Washington to Howard Commander's Lebanon Valley and Albany Saratoga Speedways in upstate NY -- have come on board to realize the benefits that this particular team of people will be able to provide. In fact, the response has been so overwhelming we've had to limit initial membership.


"And for corporate America, there is no other opportunity out there that allows access to middleclass Americans -- 50 million of them -- in every corner of our country with this kind of spending power. The reach is almost unfathomable and the opportunities are endless."


"This is a great idea to get us sponsorship and cost savings," said Beitler, Speedway Benefits' first member. "You are the guys to pull this off. I'm all in."


One of the most acclaimed and admired short track promoters in the country is  Commander, who was one of the first to sign on as a Speedway Benefits member.


"Anybody who understands business, understands that this is a no-brainer and something we should have done a long time ago," said Commander. "Fifty million people not only represent more than $1 trillion in consumer spending, they have the power to elect the next president of the United States.


"The opportunity this presents to corporate America and to the grassroots race tracks across the country is tremendous."


Speedway Benefits is a marketing alliance that consolidates the sponsorship negotiating rights and group buying power of the approximately 1,200 grassroots race tracks in the United States and Canada. The consolidated group represents approximately 50 million consumers and over $1 trillion in consumer spending. When consolidated, Speedway Benefits is the second largest sports property in the United States in attendance. Speedway Benefits also provides consulting services to its member tracks. Located in Charlotte, N.C., the company employs seven and is expected to grow to 50 full-time employees.