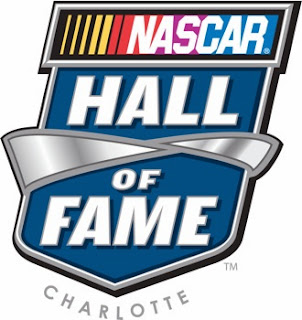 The NASCAR Hall of Fame is set to unveil a complete makeover of one of its signature exhibits, Glory Road, in January. To mark this major exhibit revamp, the Hall will provide an exclusive sneak peek of artifacts included in the coming weeks via in-person and social media unveils. Each of the eight debuts will culminate with a behind-the-scenes media preview of all 18 cars in January. The exhibit will be open to the public beginning Jan. 11, 2014.
“Glory Road has consistently ranked as one of our guests' favorite exhibits since opening three years ago,” says NASCAR Hall of Fame Executive Director Winston Kelley. “We find that guests are in awe of the breadth and depth of the historic cars on display."
Glory Road has served as one of the Hall’s most prominent focal points since opening, featuring 18 historic stock cars from the first 60 years of NASCAR that encircle the Great Hall. Speedways from across the country are illustrated here as well, where guests can touch the texture of various tracks and feel the intense banking that drivers do week-to-week. Glory Road 2.0 will revise all 18 cars to reflect the six generations of premier series race cars that have been driven and built by some of the sport’s most celebrated drivers, owners and mechanics. The new theme will be to document the six generations of cars that NASCAR has raced over the past 65 years.
Prior to each Glory Road 2.0 announcement, stay tuned to the NASCAR Hall of Fame on nascarhall.com, Facebook, Twitter and Instagram for sneak peek details of the NASCAR stock cars that will find a new home in this exhibit. In-person photo opportunities that will be open to the public will be announced accordingly. The first sneak peek will take place in person at the NASCAR Hall of Fame Tuesday afternoon on Nov. 5 with upcoming details to follow. Please note, stock car generations and dates are subject to change.

"Glory Road is truly an immersive experience that fully represents the pageantry, sportsmanship and heritage of NASCAR," says Kelley. "We have often been told that this exhibit will be challenging to change. In fact, Darrell Waltrip reiterated that during his Induction Ceremony week in 2012. Our goal with Glory Road 2.0 is to have an equally impressive and historic exhibit as our inaugural exhibit."
Kicking off this significant milestone for the Hall was the first artifact unveil on Oct. 12, where Buck Baker’s 1957 Chevrolet, nicknamed the “Black Widow,” was announced. The stock car marked the first time an American auto manufacturer offered a model with NASCAR racing in mind. During the 1957 season, Baker, a 2013 NASCAR Hall of Fame inductee, made 40 starts and led all drivers in wins with ten and poles with six. He became the first driver to win back-to-back NASCAR Grand National (now Sprint Cup) Championships.
Tickets to the NASCAR Hall of Fame can be purchased by calling (877) 231-2010 or at nascarhall.com. Admission is $19.95 for adults, $17.95 for seniors and military, $12.95 for children 5-12 and free for children younger than 5. Memberships are available starting at $25 for children and $50 for adults. The NASCAR Hall of Fame is open daily 10 a.m. – 6 p.m. and is closed on Christmas Day.
Posted by Dave Moody at 4:09 PM