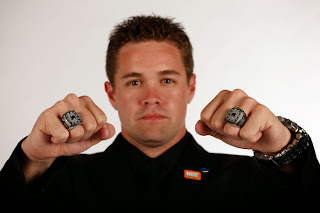 
The two-time NASCAR Nationwide Series champion has six career NNS starts at the 1.5-mile track earning two top-five and four top-10 finishes, including a victory in the 2012 spring race.
"I’m really excited to be able to get back in a Nationwide car at Texas Motor Speedway,” Stenhouse said. “I watch the Nationwide races each week and want to be out there racing, so to get this opportunity at Texas is going to be awesome.
“The Nationwide series has meant so much to me and my career,” added Stenhouse. “I can’t wait to get in the No. 16 Zest Ford Mustang and hopefully can get this Ford into victory lane and earn another cowboy hat.”
Posted by Dave Moody at 12:47 PM