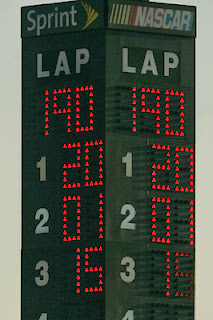 NASCAR is looking to shuffle the deck in qualifying next season.


As part of a special meeting with its Sprint Cup, Nationwide and Camping World Truck Series drivers this week in Concord, NC, NASCAR officials discussed proposed changes in format and procedure for the 2014 season, including the implementation of group qualifying for 32 of the 36 Sprint Cup Series races.
Currently, NASCAR utilizes single-car qualifying everywhere but on road courses. The proposed new qualifying format would put cars on the race track in groups of four or five, expediting the process for fans.
At NASCAR’s two superspeedways – Daytona and Talladega – sources say the sanctioning body is considering a new, 60-minute open qualifying session, with all cars allowed on the speedway at the same time. The new format would allow drafting to be utilized for the first time in qualifying.
While no final decision has yet been made, sources close to the sanctioning body say the qualifying changes are likely to be implemented for the 2014 season.
Posted by Dave Moody at 3:16 PM