Kurt Busch may return to the NASCAR Sprint Cup Series in a quality ride, after all. 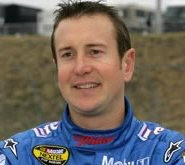 Sirius XM NASCAR Radio’s Sirius Speedway with Dave Moody has learned that in an effort to retain sponsor Best Buy, Richard Petty Motorsports has proposed replacing AJ Allmendinger as driver of the legendary #43 Ford with Busch. RPM struggled to re-sign Best Buy a year ago, negotiating until early January before inking a one-year contract. The electronics retailer served as major sponsor of the #43 team in 26 events this season.

Richard Petty Motorsports Chief Operating Officer Robbie Loomis confirmed today that discussions have been held regarding Busch, saying, “Best Buy has been a great partner for a long time, and AJ Allmendinger has done a fantastic job for us. He’s coming off his best season yet, but I can tell you there is a lot of interest on our part in having Kurt Busch in the fold. It makes sense to have Kurt with our team, if we can make it work.

“Our main focus is to continue building on what we finished the season with last year,” said Loomis. “But right now, I feel like I’m running down two different sets of train tracks. From a personal standpoint, nothing has excited me more than when I heard Kurt had become available. I’m excited about the opportunity to add a driver like Kurt Busch to Richard Petty Motorsports.

“I would mortgage my house to make Kurt a part of this team,” said Loomis. “We value what he has done on the race track. He has won a (Sprint Cup) championship and worked for a first-class operation like Penske Racing. Guys like that don’t come along every day.”

Allmendinger finished 15th in 2011 Sprint Cup Series championship points, with one Top-5 and 10 Top-10 finishes. His best finish was a fifth in the Coca-Cola 600 at Charlotte Motor Speedway in late May. Busch won a pair of races this season at Infineon and Dover en route to 11th in points, tallying eight Top-5 and 16 Top-10 finishes. He parted company with Penske Racing earlier this month, in the aftermath of a much-publicized verbal confrontation with ESPN pit reporter Dr. Jerry Punch during the 2011 season finale at Homestead Miami Speedway.

As a former NASCAR Sprint Cup Series champion, Busch would almost certainly be a guaranteed starter for all 36 races next season. That Past Champion’s Provisional is of little use to the #43 team, however, which finished solidly in the Top-35 in owner’s point last season and is already locked into the first five races of the 2012 campaign.
Posted by Dave Moody at 3:00 PM