What's Next For Kurt Busch?

With Kurt Busch now officially out at Penske Racing, the speculation begins on where the embattled NASCAR Sprint Cup Series driver might land next.

First, a couple of facts. 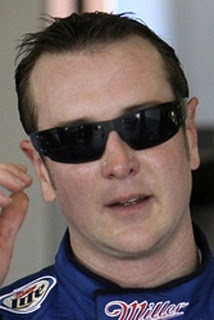 Despite the rosy verbiage of this week’s official announcement, Busch’s departure from Penske Racing was not by “mutual agreement.” When mutinous pirates walked the plank in days of yore, they did so willingly, but with the point of a saber in their back to prod them swiftly along. In Busch’s case, there was likely just one point of agreement. When Roger Penske told Busch it was time to pack his bags and go, Busch agreed to do so.

Penske Racing’s written statement – and the subsequent comments of team management – leave no doubt that the decision to part company with Busch came with the full approval of Shell/Pennzoil. In apparent contrast to the Mars Corporation’s continued tolerance of brother Kyle Busch’s incidents of poor behavior, sources say Shell/Pennzoil expressed their displeasure to Penske in no uncertain terms, and will play a leading role in the selection of his replacement.

As Busch begins his search for a new employer, he has one major selling point in his favor. As a former NASCAR Sprint Cup Series champion, he holds a Past Champion’s provisional that makes him a guaranteed starter for any team that chooses to sign him. As attractive as that option may be, however, it does not change the fact that there are very few open Sprint Cup rides for the choosing. Championship-caliber rides are even fewer and farther between.

Penske Racing is off the table. Hendrick Motorsports is an unlikely option after struggling with – and eventually jettisoning – younger brother Kyle Busch for similar conduct a few years ago. Richard Childress recently scaled-back his Sprint Cup roster from four cars to three, and his relationship with the Busch Brothers can be summed up with the now-infamous words, “Boy, hold my watch.” Joe Gibbs Racing has recently weathered a public relations debacle of its own with Kyle Busch, and appears unlikely to roll the dice again with Kurt. There is no chance of a return to Roush Fenway Racing -- where Kurt remains persona non grata since a similarly ugly departure in 2005 – and he is a long shot to drive any Ford team that receives technical support from RFR. Team owner Jack Roush has been a frequent and outspoken critic of Busch since their split, and will likely not support any team that lists KuBu on its roster of drivers.

As a result, the list of likely candidates for Busch in 2012 consists of Ganassi Racing, Stewart Haas and Michael Waltrip; along with lesser lights like Tommy Baldwin Racing, Furniture Row and TRG Motorsports. Based on his longstanding and loudly voiced complaints with the competitiveness of his former Penske entries, it’s hard to imagine Busch driving for a midfield team next season, making the pickings even slimmer.

The good news is that Busch seems to understand the seriousness of his mistakes and the outrageousness of his conduct. His comments in the last 24 hours have been filled with words like “unprofessional” and “unacceptable,” and he has spoken openly of his need to step back, engage in some much-needed self-assessment and recapture the joy that first attracted him to the sport. Talk is cheap, however, and only time will tell whether Busch’s words result in an actual change in conduct.

Kurt Busch has a lot of work to do, both personally and professionally. Here’s hoping that this week’s events provide the incentive to make some meaningful changes, at last.
Posted by Dave Moody at 12:00 PM