Michael Waltrip Racing will hold a press conference Friday to announce what Sirius Speedway first reported on September 15; that Clint Bowyer will drive a third NASCAR Sprint Cup Series Toyota for the team next season. 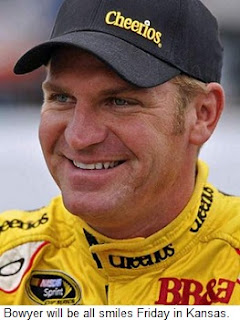 Team owner Michael Waltrip confirmed that an announcement about the future of his NASCAR Sprint Cup Series team will be made Friday at Kansas Speedway, Bowyer's home race track. He told reporters Sunday at Dover International Speedway that he is optimistic he and Bowyer can complete the final remaining details of the new contract, adding, "I feel good about everything we're doing."

Bowyer also confirmed finalization of a deal to put him in an MWR Toyota Camry next season, saying he is "hopeful" it will be announced in his home state next week. The Emporia, Kansas Native is in the final year of his current contract with Richard Childress Racing, but was unable to agree on a new pact with owner Richard Childress. He will join teammates Martin Truex, Jr., and David Reutimann in the MWR stable next season, with partial sponsorship from 5-Hour Energy.

Sources tell SiriusSpeedway.com that the agreement between Waltrip and Bowyer has been complete for some time, with an announcement delayed while the team courts an additional sponsor for the new entry. That announcement could come as part of Friday's press conference.
Posted by Dave Moody at 4:36 PM