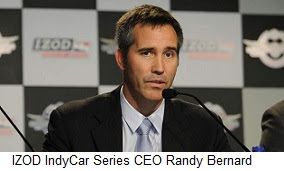 Following the death of two-time Indianapolis 500 winner and 2005 Series champion Dan Wheldon, the IZOD IndyCar has cancelled its 2011 Championship Celebration. The event had been scheduled for tonight at the Mandalay Bay Resort in Las Vegas, but IndyCar CEO Randy Bernard said the event has been cancelled out of respect for Wheldon, who died in a multi-car crash on Lap 12 of yesterday’s season finale at Las Vegas Motor Speedway.

“No words can describe my feelings as I reflect on my memories of Dan,” said Bernard. “His infectious smile, bubbly personality and big heart made Dan one of the most caring people I had ever met. You could never ask for a better ambassador to a sport. Dan represented INDYCAR with the upmost respect and integrity. He will not only be immortalized as being a great racer but also a wonderful person. My prayers are with Susie and his two children in this very difficult time.”

He revealed that a public memorial service for Wheldon will be held, with further information to be announced at a later date.

In the aftermath of the crash, IndyCar championship runner-up Will Power and fellow racer Tony Kanaan have cancelled plans to compete in this weekend's “Armor All Gold Coast 600” in Australia. Power was one of 15 drivers swept up in Sunday’s fatal crash, but walked away from his demolished Penske Racing machine. He was subsequently transported to University Medical Center in Las Vegas complaining of lower back pain, treated and released. He will be replaced at the wheel of the #5 Orrcon Steel FPR Falcon this weekend by Irishman Richard Lyons.

Power commented on his decision to withdraw today, saying, “I'm devastated that we lost Dan Wheldon today. It was a terrible accident and I feel so bad for Dan's family. My thoughts and prayers are with them. Dan was great champion and a great guy. He will definitely be missed."

Kanaan -- who was leading the Las Vegas finale at the time of the crash -- has also cancelled plans to compete down under this weekend, surrendering his seat in the Jana Living Commodore by Danish racer Allan Simonsen.
Posted by Dave Moody at 9:00 AM