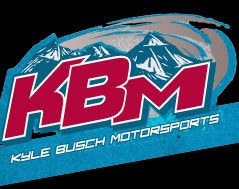 Kyle Busch Motorsports has announced that Denny Hamlin will drive the #18 Toyota Tundra in the Kroger 200 at Martinsville Speedway next Saturday, with sponsorship from both Toyota and Traxxas. Team owner Kyle Busch explained the move, saying, “'He's better than I am at Martinsville, and I really want to win there.” Hamlin has won four NASCAR Sprint Cup Series races at his home-state track -- including three of the last four -- and has recorded eight Top-5 finishes in his 12 career Sprint Cup Series starts there. He also has two Top-10 finishes in four Truck Series starts at Martinsville.

KBM also announced that it will field a fulltime NASCAR Nationwide Series effort in 2012, competing for the series’ owner’s championship. Busch said it is “safe to assume” that he will drive the car in a limited schedule of events, in addition to his schedule of Nationwide events with Joe Gibbs Racing. Sponsors and additional driver(s) will be announced in the coming weeks. KBM will also continue its multi-vehicle program in the NASCAR Camping World Truck Series in 2012.
Posted by Dave Moody at 2:11 PM