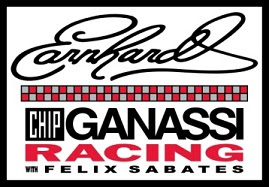 Here's one more example of how NASCAR is adapting to the world of social networking. Earnhardt-Ganassi Racing will be handing out Jamie McMurray and Juan Pablo Montoya driver apparel this week to fans who participate in a creative new social networking promotion. EGR will photograph cardboard cut-outs of each driver in various locations around the Charlotte, NC area this week, and if race fans can correctly guess where they are, they can win driver apparel.

Beginning today -- and running twice daily through Saturday's Bank of America 500 at Charlotte Motor Speedway -- the team will kick-off its “Hide and Tweet” contest across the various social media platforms. Two photographs will be released on Facebook and Twitter each day, and fans will have an opportunity to guess which local landmark the drivers are visiting. The first person to guess correctly via the team's Facebook page will win driver merchandise compliments of the team.