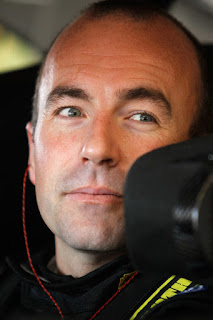 If there was a track on the NASCAR Sprint Cup Series that owes Marcos Ambrose a good day, it is Sonoma Raceway.


At the wheel of the No. 9 Stanley Ford for Richard Petty Motorsports, the former Australian V8 Supercar champion is recognized as one of the premier road racers on the planet, and many eyes will be focused on his black and yellow Ford Fusion as he attempts to win his first race in wine country this weekend.
Ambrose has five career starts at the road course, and other than a transmission failure in his first start, he has finished in the Top-10 in every event. He enjoyed a best finish of third in 2009, but a win has proven elusive, making Ambrose hungry for Victory Lane.


"Sonoma has been a track where we have had victory just slip away from us,” admitted Ambrose. “But we've always been competitive there and fast too. We won the pole there last year and just didn't have enough for the race. We came up a bit short. Our guys want to get that win this weekend, and we're all pretty hungry for it.


"This is one of the hardest road courses I have raced on,” he said. “It's very technical and pretty fast, too. These cars are not made for the track, so you really need to wrestle them around a bit. I am not scared to do that, but I need a little racing luck to get into Victory Lane.


Crew chief Drew Blickensderfer agreed, saying, “We really look at Sonoma as a track to not only run up front, but to win. There is pressure every week, but this week, we'll just have more eyes on us. We understand that, and I think Marcos does as well.”
Posted by Dave Moody at 4:25 PM