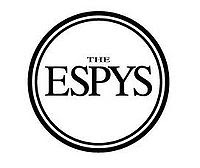 Penske Racing driver Brad Keselowski continues to be recognized for his 2012 NASCAR Sprint Cup Series championship. ESPN announced Thursday that Keselowski has been nominated for two awards during this year’s ESPY Awards Presentation that will be held on Wednesday, July 17 at the Nokia Theater in downtown Los Angeles.


After a five-win season in the No. 2 Miller Lite machine, culminating the first Sprint Cup championship for Penske Racing, it comes as no surprise that Keselowski received a nomination for Best Driver. In a late-season push over the last 20 weeks of the 2012 season, Keselowski scored 17 Top-10 finishes – including three wins – to secure the title. Over the 20-year history of the ESPY’s Best Driver category, 14 of the 20 winners have come from NASCAR competition.
Following a toe-to-toe battle with five-time series champion Jimmie Johnson for the title, Keselowski and the No. 2 Miller Lite team will also be in the running for the Best Championship Performance award. With the two nominations, Keselowski could become the first Penske Racing driver to win an ESPY.
“When you think of the ESPYs, you think of the ‘Who’s Who’ in the world of sports,” said Keselowski. “Just to receive a nomination along with some of the biggest athletes in the world is one of the biggest honors I have received. If we are able to take home just one of the trophies it would be quite an accomplishment for the team, our sponsors and Penske Racing.”
The 2013 ESPY Awards will air live on ESPN on Wednesday, July 17 at 9 pm ET. Fans can visithttp://espn.go.com/espys/2013/ to cast their votes. Voting will end at 7 pm ET on July 17.
Posted by Dave Moody at 4:41 PM