Landers To Drive For ESR In Eldora Truck Race 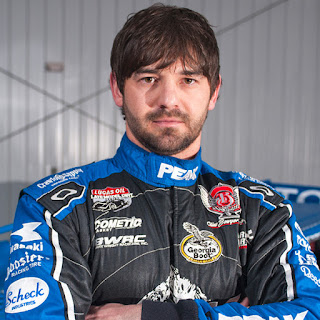 
The "Mudsummer Classic” will be NASCAR's first national series event on dirt since 1970, and has been the talk of the town since it was announced earlier this year. This is not the first dirt race for ESR, however, as the team has raced and won on dirt in the ARCA Racing Series.


"It's going to be a wild event, since not many know what to expect,” said team owner Eddie Sharp. “But Jared is an ace on dirt and we have great people and equipment to handle the job. It's sure going to be fun.”


"I'm really excited to get to race in the Truck Series,” said Landers. “We've been talking about this race for a long time and now that's it's a reality, I'm excited and ready to go to Eldora.”


Landers, a full time driver for Clint Bowyer Racing, has over 100 wins in his dirt Late Model and open wheel modified career. He competes full-time on the Lucas Oil Late Models Series and is the current track record holder in a dirt Late Model at Eldora Speedway, and most recently competed in the Dream 100 there on June 8. Sponsorship for the NASCAR race will come from Mark Martin Automotive of Batesville, Arkansas, Peak Motor Oil and Crawford Supply/Traeger Grills.
ESR is putting together several trucks for the dirt and road course events on this year's NASCAR Camping World Truck Series schedule. "We have a lot of fresh and exciting things happening at ESR, we have a great program with Max Gresham in the #8 and racing with Jared at Eldora is another great step" said Sharp.
Posted by Dave Moody at 3:26 PM