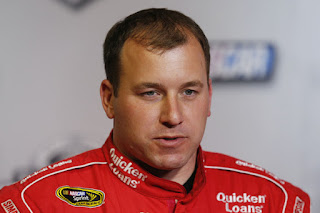 Hot off a Top-5 finish Sunday at Pocono Raceway, Ryan Newman said he is anxious to keep the momentum rolling this weekend at Michigan International Raceway.


“There are some things we learned at our Pocono test that we can absolutely carry over… into Indianapolis, Pocono and places like Michigan that are smooth and have similar asphalt. It's all about having a fast race car, especially when you go into a big weekend like we have with the Quicken Loans 400 being the sponsor of the race, as well as my race car.”
Newman said he is confident the speed he showed at Pocono will be in evidence this weekend at Michigan, as well.
“Michigan, because of the repave, is more similar than ever to Pocono,” he said. “Especially Turn One, because of the banking and the speed that you carry down into Turn One at Pocono. Without a doubt, it's as close as it's ever been, and the way our organization is structured, we are able to focus more on the car side of things. 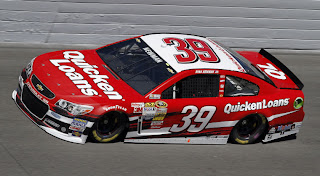 “Those Hendrick Engine guys are doing a great job,” he added. “(If) you look at the Toyota guys, they are having to… knock a little bit off their performance at a track that you have to have horsepower. Hendrick is putting the emphasis on their race cars, and they have their own engine department. I think that plays into our hand a little bit.”
He said he enjoys feeling a bit of momentum on his side lately, saying, “99.9 percent of it is just the driver's attitude, the team's attitude, everybody. When you go to a place like Michigan (and) you know you've won there, it gives you the confidence to know that you can do it again. When you haven't won there… it's more like, `Well, how do I do this?’ When you come off of a good weekend, you have some backbone to your notebook, to understand what we are doing with the race car."
Newman said he expects MIS to be a different track than it was a year ago, when qualifying and race speeds eclipsed the 200 mph barrier.
“I think the asphalt is going to have aged and lost a little bit of speed,” he said. “But the Gen‑6 car is going to come back with a little additional speed. I think we'll be fairly comparable overall in speed and the way the cars drive.” 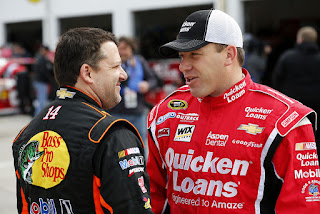 Newman said having his major sponsor – Quicken Loans -- back this weekend’s race puts no additional pressure on him.
“Every race is important with respect to that,” he said. “For me, if I go out there and do my job as a driver, then I'm protecting my relationship with my sponsor and with my team. You would think it would be self‑centered, but it's really not. If you take care of the one, it takes care of everything else.
“There's no pressure from the outside,” he insisted. “People view it as pressure, but from my perspective, it's an opportunity to do something even greater (and) win your own race as a title sponsor and a car sponsor. I've had the opportunity to do it before and haven't, so I look forward to another opportunity.
He readily agreed, however, that winning a race with the sponsor on hand pays dividends in more subtle ways.
“When they are there personally, I think they can connect to it a little bit better,” he said. “When they can stand in Victory Lane and spray champagne all over everybody, yes, it definitely matters. In the grand scheme of things, it's just another race. It just happens to be a more important race for them.”
Newman said the recent surge in performance by Stewart Haas Racing – along with his own strong run at Pocono – have boosted his personal confidence level.
“It did feel good to be back up front,” he said. “It did feel good. I even texted Jimmie (Johnson) after the race and said, `Congratulations, it was good running with you again.’ That's truly how I feel. I feel I'm fully capable as a driver and we just are working on honing in on the package that we need.”
Posted by Dave Moody at 5:04 PM