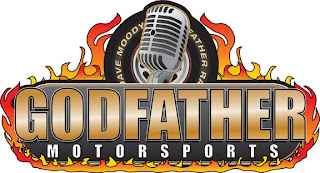 Godfather Motorsports will field a second Super Late Model in a 10-race schedule of events this season for teenager Tyler Dippel of Wallkill, NY, and veteran Glenn Sullivan of Westbury, NY.


Dippel began his racing career on motorcycles, but switched to four-wheeled competition after an unplanned trip over the handlebars left him with a broken collarbone. At age eight, he transitioned to Slingshot race cars – scaled-down versions of a Dirt Modified racer powered by a 50-horsepower engine running on methanol fuel – and began winning races almost immediately. In only his third year of competition, he claimed the 2010 National Slingshot Junior Championship, winning five times in eight starts on tracks from upstate New York to southern Pennsylvania. Late in the season, Dippel competed in the Senior Slingshot Class against experienced adult drivers, winning two of his three starts over fields of 20 to 25 cars.
In 2011, Dippel began competing in the Sportsman Class, driving 500 HP cars at speeds of up to 120 mph on dirt tracks around the northeast. He once again proved to be a quick study, winning in only his fifth career Sportsman start, finishing second in Empire Region championship points and earning Rookie of the Year honors while competing on a wide variety of tracks from New Hampshire to southern Pennsylvania. Since then, he has remained a top competitor in the Small Block Modified ranks, competing at the Middletown, Accord and Lebanon Valley Speedways in his native New York. His resume currently includes more than 20 main event wins, all while maintaining a 4.0 GPA and attaining National Honor Society status.
“I keep ahead of my school work and do extra when I have time,” said Dippel. “Sometimes, I take work to the track and do it between races and practices.” Dippel also donates 50-percent of his on-track winnings (thousands of dollars in 2012 alone) to the St. Jude Children’s Research Hospital, an institution recognized for its treatment of children with cancer and other catastrophic diseases.
“Tyler is an amazing talent,” said Godfather Motorsports owner Dave Moody. “In his short career, he has competed in a number of different divisions. He adapts quickly to new cars, new tracks and new challenges, and he’s an intelligent young man who makes school his number-one priority. We’ll spend a couple of days testing this week, and if everything goes according to plan, he’ll be behind the wheel of our No. 1 Ford Fusion Wednesday night at Anderson Motor Speedway.”
Sharing time with Dippel this season will be Glenn Sullivan of Westbury, NY, a former modified track champion at New Egypt (NJ) and Evergreen (PA) Speedways. He earned modified Rookie of the Year honors at Connecticut’s Thompson Speedway in 1989, along with “Most Improved Driver” designation at the Waterford (CT) Speedbowl before embarking on a lengthy and successful career on NASCAR’s Busch North (now K&N Pro Series East) Tour.
“My main goal is to serve as a mentor for Tyler,” said Sullivan. “He’ll run six or seven races this season, and I’ll run three or four. But I’m looking forward to getting back behind the wheel and seeing what I can do in these Super Late Model cars. It’ll be fun.”
A major sponsor for the No. 1 Godfather Motorsports Ford will be made in the coming days. Associate sponsorship for Wednesday night’s “Firecracker 150” will be provided by TYCAR Trenchless Technologies of Wallkill, NY. Additional associate sponsorships are available, for information, contact Dave Moody at mrnturn1@hotmail.com.
About Godfather Motorsports – Godfather Motorsports is owned by Motor Racing Network and Sirius XM NASCAR Radio personality Dave Moody and enjoys major sponsorship from Bebida Beverage Company’s KOMA Unwind "Liquid Relaxation" drink. The team also boasts a comprehensive list of technological and marketing partners that includes Valvoline Motor Oil, Eibach Springs, ASM Graphics, Race 101, CV Products, ARBodies, TYCAR Trenchless Technologies and Phantom Racing Gear. For additional information on the team and marketing opportunities with Godfather Motorsports, contact Dave Moody -- mrnturn1@hotmail.com. Visit the Godfather Motorsports website at www.GodfatherMotorsports.com.