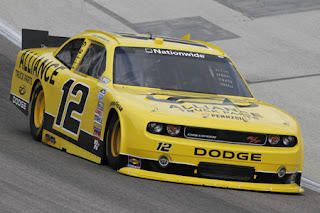 After a strong second season as a primary sponsor of the No. 12 car in NASCAR Nationwide Series competition, Alliance Truck Parts announced today that it is extending its partnership with Penske Racing.