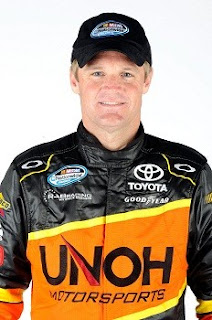 Kenny Wallace will return to the NASCAR Nationwide Series this season to drive a limited schedule of races in a second Toyota Camry fielded by RAB Racing with Brack Maggard.


The new, No. 29 entry will carry sponsorship from Toyota in three races, with horsepower from Joe Gibbs Racing.

“Kenny has been an integral part of building RAB Racing into the organization that it is today,” said Benton. “Having a second team in our organization to compare notes with will make us stronger as a whole. We will field the 29 car for as many events as we have sponsorship in 2013.”

Wallace will tentatively make his first start of 2013 in the ToyotaCare 250 at Richmond International Raceway on Friday night, April 26. He will also compete in the History 300 on May 25 at Charlotte Motor Speedway, with the balance of his schedule to be announced in the near future. Wallace is also schedule to drive a Toyota Tundra for RAB in the Mudsummer Night’s Dream NASCAR Camping World Truck Series race at Eldora Speedway in Rossburg, OH, on July 24. Wallace will carry sponsorship from JEGS and the University of Northwestern Ohio (UNOH) in that event.
“My goal for the season is to run nine races,” revealed Wallace today. “That would give me 900 total starts in NASCAR’s three national series. I made my first start in what is now the NASCAR Nationwide Series in 1988 at Martinsville Speedway, driving for Dale Earnhardt, Inc., and I’m proud to have stuck around for as long as I have.”
Wallace currently has 344 career starts in the premier NASCAR Sprint Cup Series, with 536 Nationwide and 11 Camping World Truck Series starts.
“Ideally, I’d love to run every race,” he said. “But the money just isn’t there right now. We're looking, but it's not there yet. When Robby offered me the chance to run some races for him in a second RAB Toyota Camry this season, I jumped at it.”

Sponsorship announcements will be made a later date, but Benton said, “you will see a lot of Kenny’s familiar sponsors from the 2011-2012 seasons on his cars.”
Alex Bowman – last year’s Rookie of the Year in the ARCA Series – will run the full NASCAR Nationwide Series schedule in RAB Racing’s No. 99 Toyota Camry, with Chris Rice as crew chief.

"Alex stands to gain a tremendous amount  from being teamed with a veteran such as Kenny," said Benton today. "For a young rookie to come in and have the NASCAR Nationwide all-time starts leader to lean on is an extremely valuable asset."
Posted by Dave Moody at 3:44 PM