Sylvania Back As NHMS Title Sponsor 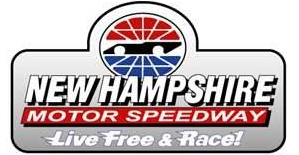 New Hampshire Motor Speedway officials announced today the entitlement sponsorship extension of OSRAM SYLVANIA, which will keep the SYLVANIA 300 on the Magic Mile marquee for another five years. The deal, which was revealed at the NASCAR Sprint Media Tour, will partner New England’s largest sports and entertainment facility and one of the world’s largest lighting companies through the 2017 NASCAR Sprint Cup Series season.


SYLVANIA has sponsored the fall NASCAR Sprint Cup Series race at NHMS for the last decade.
Since taking over as the entitlement sponsor in 2003, SYLVANIA has seen nine different drivers win its race, one claiming the SYLVANIA 300 as their first-career victory – Clint Bowyer in ’07. The SYLVANIA 300 also served as one of the races in the Chase for the Sprint Cup Championship since the NASCAR playoff’s inception in 2004.
“This day and age, long-term business relationships are becoming more of a rarity,” said Jerry Gappens, executive vice president and general manager of New Hampshire Motor Speedway. “Working together for the past decade, we have built a tremendous partnership together and continue to work hand-in-hand in making the SYLVANIA 300 one of the marquee events in NASCAR’s 10-race, Chase for Sprint Cup playoff.”
The extension will take the sponsorship to 15 consecutive years, making it one of the lengthiest in NASCAR. New Hampshire Motor Speedway joins sister Speedway Motorsports, Inc. (SMI) facilities Charlotte Motor Speedway and Bristol Motor Speedway as three of the five longest tenured entitlement sponsors in the sport.
“The relationship with NHMS for the past ten years and 3,000 miles of the SYLVANIA 300, has been valuable to our company and brand,” said Leaman. “Just like the nature of NASCAR racing, OSRAM SYLVANIA has strived to build a high-performance culture that is reflected in its people, products and services and we are looking forward to the next five years of exciting NASCAR racing and engaging the brand loyal fans.”
The SYLVANIA 300 will be the 27th race of 36 on the Sprint Cup Series schedule. And being the second race in the 10-race Chase, the September race at the Magic Mile routinely draws crowds of approximately 100,000 at the speedway, one of the largest crowds in the Chase.
Last year, Denny Hamlin used Twitter to call his shot, saying “we will win next week,” referring to the SYLVANIA 300. He did just that, leading 193 laps en route to the checkers. Following the race, Hamlin climbed out of his car, stood at the Granite Stripe and pointed to the grandstand before taking a swing, referencing Babe Ruth’s infamous called shot in Game 3 of the 1932 World Series.
Tickets for both the NASCAR Sprint Cup Series events are on sale now. They can be purchased by calling the NHMS ticket hotline at (603) 783-4931 or by visiting www.nhms.com. Be sure to keep up with the latest “Magic Mile” news by logging onto the tracks Facebook page at http://www.facebook.com/nhmotorspeedway and on Twitter @NHMS.
NHMS offers an interest-free payment plan, which allows fans to secure their tickets, camping spots and pre-race pit passes with a 25-percent deposit. The remaining balance is then spread out over three interest-free payments.