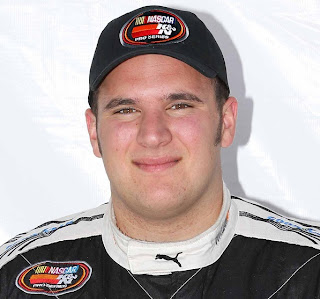 2012 NASCAR K&N Pro Series West Sunoco Rookie of the Year Austin Dyne is the latest driver to sign with Turner Scott Motorsports. Dyne will compete full time for the team in the NASCAR K&N Pro Series East in this season. Turner Scott, which competed in the NASCAR Nationwide and Camping World Truck Series in 2012, will expand their operation to add five entries in the NKNPSE, with two of the entries running a partial schedule.


Dyne, who started racing go-karts in 2007, has quickly moved up through the racing ranks. In 2010, Dyne graduated from go-karts to formula cars. Racing in the Skip Barber Eastern Championship, he scored his first victory at Lime Rock Park in 2010. In 2011, Dyne advanced to stock cars, competing in S2 and Late Models at California's premier short track Irwindale Speedway. In 2012, Dyne earned two top-fives and eight top-10s in his rookie season in the NKNPSW. With one less start than his closest competitor, Dyne's strong effort allowed him to capture the Sunoco Rookie of the Year award by one point.
"I am really thrilled to be racing for a championship-caliber organization like Turner Scott Motorsports," said Dyne. "I want to thank Steve Turner and Harry Scott Jr. for giving me the opportunity to race in such top notch equipment. Each year the East Series is where some of the best development teams compete, and I look forward to racing against these teams as I continue my racing career."
"All of us at Turner Scott Motorsports are extremely pleased to have Austin join our team," said Steve Turner, co-owner of Turner Scott Motorsports. "He is a great driver with great skills. I am confident we can continue his development and have a successful season. I personally enjoy working with the younger talent and helping them reach their goals."
Details regarding Dyne's sponsor, crew and car number will be announced in the near future.
Posted by Dave Moody at 12:07 PM