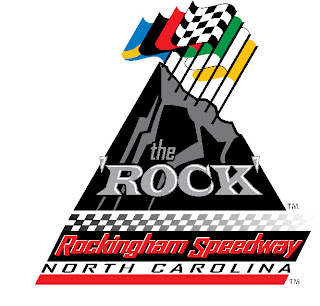 When the NASCAR Camping World Truck Series makes its return to Rockingham (NC) Speedway for the Carolina 200 presented by Cheerwine in April, the field for the second event at the venerable one-mile track will not be set until the morning of the race.


Qualifying for the event will be held at 11 a.m. on Sunday, April 14, with the green flag for the 200-lap tilt scheduled to drop at 2:00 p.m.
"Qualifying and racing on the same day gives fans more value for their race ticket," said Rockingham Speedway President Andy Hillenburg. "It also builds some excitement among the drivers and fans if everyone wakes up on Sunday morning not knowing where the trucks will start come 2 o'clock."
Last year, in the inaugural NCWTS event, Kasey Kahne and David Reutimann both started at the rear of the field after missing qualifying because they were in Texas the previous day for the NASCAR Sprint Cup race. According to NASCAR rules, if a team changes drivers after qualifying, the entry forgoes its qualifying position and must drop to the rear of the field for the start of the race. Kahne went on to win the race, despite his starting position.

For this year's event, the trucks will arrive at Rockingham on Friday, April 12 and will practice on Saturday, before Sunday’s time trials and race. The UARA-STARS Late Model Series and the Frank Kimmel Street Stock Nationals will also hold twin laps races on April 13.

Tickets, suite packages and camping are now available for the April 12-14 NASCAR Camping World Truck Series Carolina 200 presented by Cheerwine weekend at www.rockinghamspeedway.com or by calling 910.205.8800. General admission tickets for Saturday are $15 in advance ($20 at the gate) and grandstand tickets for Sunday range from $20 to $35.
Posted by Dave Moody at 4:34 PM