COMMENTARY: Mayfield's Mixed Messages Are Cause For Optimism 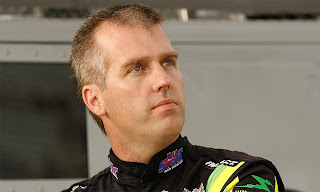 Jeremy Mayfield wants to come back to NASCAR.

He really does.
In order to do so, however, the enigmatic driver must choose – once and for all -- between combativeness and cooperation.


Last week, Mayfield surprised NASCAR CEO Brian France with an unsolicited phone call to Motor Racing Network’s NASCAR Live radio program, asking if France is “willing to accept the fact that I'd like to come back racing, and if we could sit down and talk about it and figure out what we need to do to make that work.”


France reminded Mayfield that the sanctioning body’s Road to Recovery program is the only way back to the sport’s good graces. That option was extended to Mayfield immediately following his 2009 suspension from, and has remained open ever since.


Mayfield did not accept France’s offer, but he did not decline it, either. After years of defiant denials and conspiracy allegations, many saw Mayfield’s new, conciliatory tone as a positive sign. Yesterday, the former driver took another positive step, telling reporters that he is finally willing to accept France's Road to Recovery offer.


In the next breath, however, Mayfield repeated his longstanding assertion that he is nothing more than the victim of faulty test results, telling SportingNews.com reporter Bob Pockrass, “I never took meth. I took Adderall and Claritin-D. That’s a fact.” He also told ESPN’s Newton that if rehab is part of his Road to Recovery protocol, "when I get there, it will be kind of boring.''


One step forward, two steps back.


Make no mistake about it, Mayfield’s “I never took meth” attitude remains a major roadblock in his effort to return to the sport. According to substance abuse experts, the first steps in any successful rehab experience are admitting that a problem exists and asking for help. Any rehabilitation facility worthy of its name would almost certainly hear Mayfield’s most recent denials, spin him around on his heel and send him packing, right back out the door.


The Kentucky native is understandably motivated to return to NASCAR. He and wife Shana filed for bankruptcy late last year, before losing their multi-million dollar home to bank foreclosure. They have amassed hundreds of thousands of dollars in legal bills battling NASCAR and defending Mayfield against 19 felony counts that include possession of methamphetamine, larceny, breaking and entering, possession of stolen goods and obtaining stolen goods by false pretenses. He could face as much as 43 years in jail, if convicted.
Even if Mayfield is able to avoid incarceration,  the odds of him driving for a competitive NASCAR Sprint Cup Series team again are astronomically long. At age 43, he is closer to the end of his competitive prime than the beginning. NASCAR drivers often compete into their 50s -- ironman Mark Martin shows no signs of slowing down at age 54 – but Mayfield has already been sidelined for nearly four full seasons, and a jail sentence would extend that absence even further.
The sport waits for no man. Cars have changed, technology has changed, and Mayfield will be hard-pressed to regain nearly half a decade of lost ground. After years of often erratic behavior, drug-abuse allegations and legal entanglement, it is also difficult to imagine any team owner or sponsor choosing Mayfield to represent them.
At this point, perhaps a return to NASCAR glory for Mayfield is too much to ask. Instead, let’s hope for an immediate, life-changing trip to rehab; one that allows him to emerge clean and sober to the embrace of an unfailingly supportive wife and a circle of friends and fans that has never lost faith in him, even in his darkest hours.
In the end, maybe that would be enough.
Photo: LAT Photographic